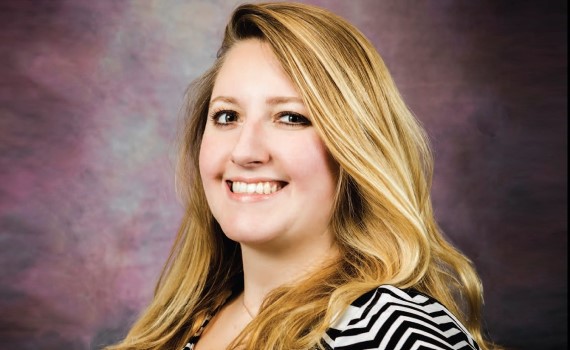 Developed by Zoetis scientists exclusively for veterinary use, Draxxin was the first antimicrobial in a macrolide class known as triamilides. A derivative of erythromycin, it is active against Actinobacillus pleuropneumoniae (APP), Pasteurella multocida, Bordetella bronchiseptica, Haemophilus parasuis and Mycoplasma hyopneumoniae (M. hyo) — all pathogens that can cause or contribute to SRD.1

“Even before its clinical efficacy was established, our scientists found Draxxin is rapidly released from an intramuscular injection site, that it’s readily distributed throughout the body and that it persists in the lungs,” said Ashley Johnson, DVM, Zoetis.

Johnson cited two key pharmacokinetic studies. In the first, Zoetis investigators administered the recommended dose of 2.5 mg/kg bodyweight either by intravenous injection (IV) into the ear or by intramuscular (IM) injection into the neck, then periodically obtained blood samples.2

Plasma concentrations in the IV and IM groups were similar, but notable was the speed at which Draxxin was released from the IM injection site, the veterinarian said. The Tmax value, which is the amount of time a drug is present in serum at the maximum concentration, was only 15 minutes, she said. That study also demonstrated that Draxxin is highly bioavailable.3

In a second pharmacokinetic study, Zoetis scientists evaluated drug concentrations in plasma and lungs after IM administration to healthy pigs. Lung concentrations were 61.4 times the plasma AUC (Figure 1, Table 1). AUC stands for “area under the curve” and reflects the concentration of a drug and the length of time it’s present in blood plasma, Johnson continued. The elimination half-life of Draxxin in the lungs — the time it takes for the concentration of Draxxin to decline by 50% — was about 6 days. “That’s an extremely long half-life,” she commented.

At the time the studies were conducted, the investigators concluded that “The high distribution to lung and slow elimination following a single dose of [Draxxin] are desirable pharmacokinetic attributes for an antimicrobial drug indicated for the treatment of respiratory disease in swine.”

One of the antimicrobial’s most powerful attributes is its accumulation in immune cells, specifically alveolar macrophages and neutrophils, which are phagocytic white blood cells that fight off bacteria,4 Johnson said.

When the uptake of Draxxin by neutrophils and alveolar macrophages was monitored for 4 hours after administration, the accumulation of Draxxin was significantly higher compared to accumulation of erythromycin (p < 0.03),5,6 she said (Figure 2). The clinical relevance of the early pharmacokinetic research is well established, Johnson continued.

In one of the studies involving 240 healthy pigs about 6 weeks of age, animals were divided into one of six treatment groups.7 Pigs in five of the groups received an IM injection of Draxxin at 2.5 mg/kg bodyweight, but each group received the injection a different number of days — at 3, 5, 7, 9 or 11 days — before pigs were challenged intranasally with APP serotype 5. To provide a control, the sixth group was not treated but was challenged. The mortality results indicate the duration of antimicrobial effectiveness for Draxxin against clinical disease caused by intranasal inoculation of the APP serotype 5 is up to 9 days, Johnson said. M. hyo, which remains a common and costly cause or contributor to SRD,8 is highly susceptible to Draxxin, Johnson said. The minimum concentration inhibiting growth of 90% of the isolates (MIC90) has been shown to be 0.05 μg/mL. Moreover, swine lung tissue concentrations of Draxxin well above the MIC90 level persist for at least 15 days after a single IM dose (Figure 5).9 Several studies have demonstrated the clinical efficacy of Draxxin against M. hyo.10,11,12 In one of the studies, investigators evaluated the long-term performance and health of pigs treated with one IM dose of Draxxin after the animals were challenged once daily for 3 consecutive days with an M. hyo field isolate. Draxxin was administered between 11 and 23 days after the challenge.

Compared to saline-treated controls, pigs treated with Draxxin had a significantly improved average daily gain (p ≤ 0.0121), they ate more and had a markedly improved overall feed-to-gain ratio. Mortality was also lower: 4.2% in treated pigs compared to 8.7% in controls.

The efficacy of Draxxin was likewise demonstrated in large field trials with 3,600 weaned pigs infected with SRD pathogens.13,14,15 Pigs in the studies were from three sources: a commercial production system in the Midwest, a research facility with pigs obtained from sow farms and a second commercial Midwest production system with pigs that also had influenza A. Caregivers in the study did not know which of the pigs were or were not treated with Draxxin.

Draxxin was also credited with a weight advantage in the nursery ranging from 1.54 pounds to 2.91 pounds, and in two of the studies where pigs were weighed through finishing, treated pigs had a significant advantage ranging from 3.23 pounds to 4.2 pounds (Figure 6). “The pharmacokinetic findings with Draxxin clearly explain its efficacy for SRD but even more important are the antimicrobial’s practical benefits,” Johnson said. “When only one dose is needed, compliance is likely to be better, there’s less stress on animals when fewer injections are needed as well as lower labor costs.”

Zoetis also has provided extra convenience by offering Draxxin 25 (tulathromycin injection), which has a lower concentration formulated for smaller pigs.

DISCOVERIES, Issue 27
Discoveries is a series of  research news reports written by the editors of Pig Health Today on behalf of the US Pork Business of Zoetis.