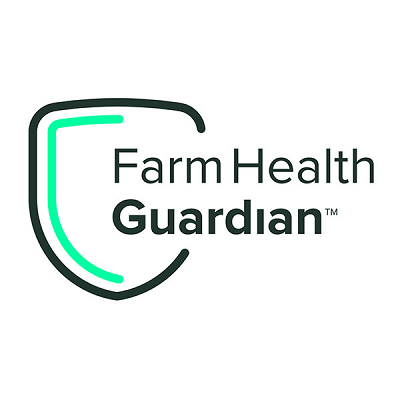 Viruses have proven to live in and be transmitted through animal feed. The most recent discovery of African Swine Fever (ASF) surviving in feed is raising red flags in the hog industry, especially since producers are already feeling threatened by this devastating disease. Heightening biosecurity protocols related to the movement of people and vehicles may be the industry’s best defence against disease contamination in feed mills and livestock feed.

The study is based on his 2019 experience in Vietnam, where he tested and confirmed the presence of the ASF virus in a Vietnamese feed mill. The routine exercise was conducted six months after ASF had been confirmed in the country and is an example of how quickly the virus can travel.

The Vietnamese feed mill itself was a very biosecure, modern system, but sample testing confirmed the virus had made its way into the facility. Less than 1 per cent of the total samples collected from outside of the feed mill trucks contained the virus, but the biggest concentration of ASF samples were found inside of the truck cabs.

The key take-away from the feed mill sampling was that human error was the primary source of viral entry into the feed mill. “People movement and truck movement were the biggest areas where we could find the ASF virus,” says Dr. Gebhardt. “Although drivers were not supposed to leave the cab of their truck while delivering feed to the farms, we determined that the truck drivers had not observed this rule.”

This real-life situation is another example of just how easily viruses, like ASF, can travel with the movement of people and vehicles. That’s why Gebhardt and his Kansas State research team are studying the spread of ASF within a feed mill – an obvious source of feed contamination.

Too often people are the underlying source of feed contamination. And despite the strictest biosecurity protocols and most advanced facilities, we’re all human. So, while the hog industry awaits the results of Gebhardt’s biosecurity study, Dr. Scott Dee, a veterinarian and director of research at Pipestone Veterinary Services in Minnesota offers some proactive biosecurity tips for reducing the risk of disease transmission in feed mills (and potential feed contamination).

“What we have learned is that most likely a feed mill gets contaminated when the feed truck comes in from a farm, and the farm has some disease, and the truck can drive right into the mill,” says Dr. Dee.

Dr. Dee explains the other way a virus may enter a feed mill is through feed ingredients. Some viruses, including ASF have been found to persist within feed ingredients for extended periods of time – including the length of a transoceanic voyage. This discovery requires an extra layer of precaution at the feed mill, where designating quarantine areas for extended periods of time may be required to reduce the viral risk.

When it comes to precaution and increasing biosecurity protocols to reduce the risk of transmission through people and vehicles, Farm Health Guardian has a proven farm biosecurity management software solution. By monitoring the movement of people and vehicles in real time, Farm Health Guardian can help prevent disease transmission. The system’s rapid contact tracing can also reduce the risk of transmission – to a feed mill or neighbouring farm – in the event of an outbreak. Learn more: farmhealthguardian.com.