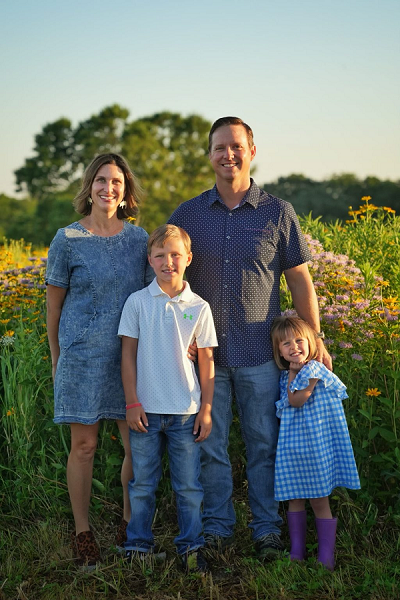 Everyone knows Niman Ranch pork producers are all about raising their animals with the utmost care—on open pastures, in deeply-bedded barns, without the use of gestation crates—but most Niman farmers are also committed to the health of their land, a fact that’s obvious at Pastvina Acres Farm in Missouri. 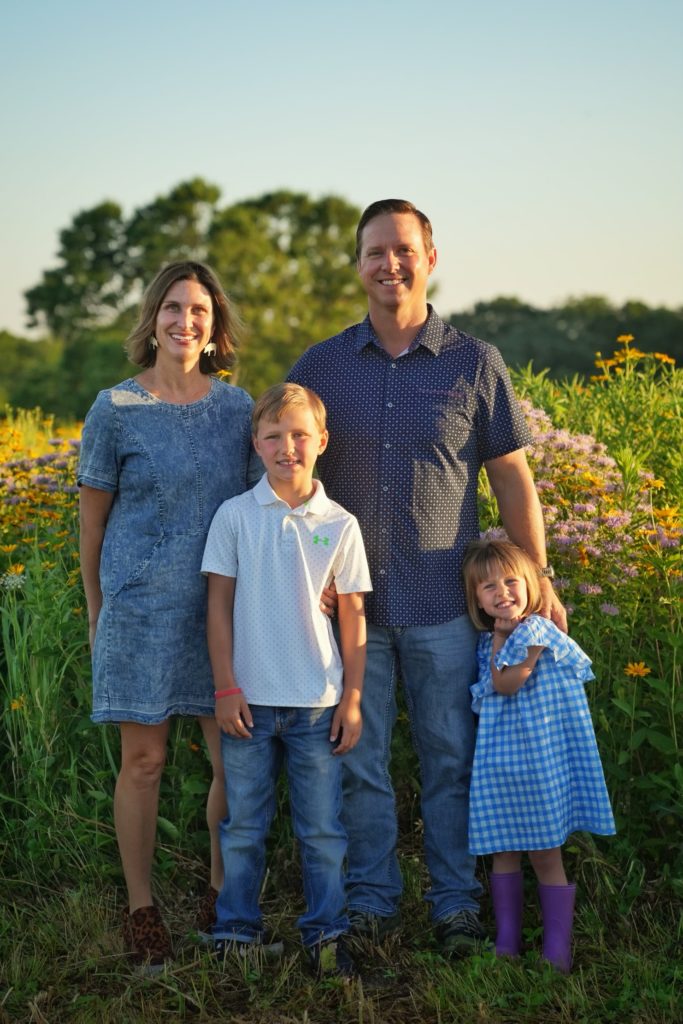 The Borrowman Family on their farm.

David and Christy Borrowman, both descended from generations of farmers, began raising hogs in 2015 after returning to the U.S. from three years in the Czech Republic. “Pastvina” is the word for pasture in Czech. On their 200-acre farm, the Borrowmans grow soybeans, winter wheat, and corn, which is used to feed the 500 hogs they raise every year.

Through the USDA’s Conservation Stewardship Program, they’ve also been able to convert 52 acres of hilly, eroded row crop land into a wonderland of native prairie wildflowers. While taking land out of production may seem counterintuitive, the rolling fields of cornflowers, milkweeds, leatris species, and native grasses provide habitat for pollinators, including Monarch butterflies. “I liked the idea of pollinator habitat,” says David Borrowman, “And I love seeing it every day.”

Borrowman has been planting native vegetation, including trees, on one 13-acre parcel each year for the past four years following the plan developed in concert with an agent from Natural Resources Conservation Service, the USDA branch that administers the program. The goal is to restore the formerly degraded soil back to health, reduce erosion and water run-off, and increase wildlife habitat. In return, USDA compensates Borrowman for his lost crop income. The contract runs for five years, with the potential to renew for another five. When the contract ends, Borrowman says the restored prairie will be turned into grazing pasture for his livestock, the role of native grasslands since long before the Europeans arrived. Bison and other migratory grazing ruminants kept the ecosystem functioning and the land healthy.

Another benefit of converting land to native prairie? Honey. A local beekeeper has installed several hives near the newly thriving wildflowers and pays the Borrowmans with a portion of the resulting nectar, which they can use for their family or sell.

In 2018, Pastvina Acres became part of the Niman Ranch network of family farms. As a wean-to-finish producer, the farm raises weaned piglets to market weight. About 450 of the finished hogs go to Niman Ranch, and the Borrowmans sell the other 50 locally to people who want to buy halves or whole hogs. The farm has one small hoop house to shelter the pigs when the weather is bad, and recently they built another bigger one to handle the increased numbers for Niman Ranch. When the weather is good, the pigs are out on the pastures, rooting and playing as young pigs do.

Borrowman is pleased to be a Niman Ranch producer. As a new farmer, he’s especially grateful for the mentorship program, which he says has been one of the biggest benefits for him. “It’s such a people first company,” he says. “They put us before their own profits, and they’re genuine in how they treat people. It’s been like joining a family.” 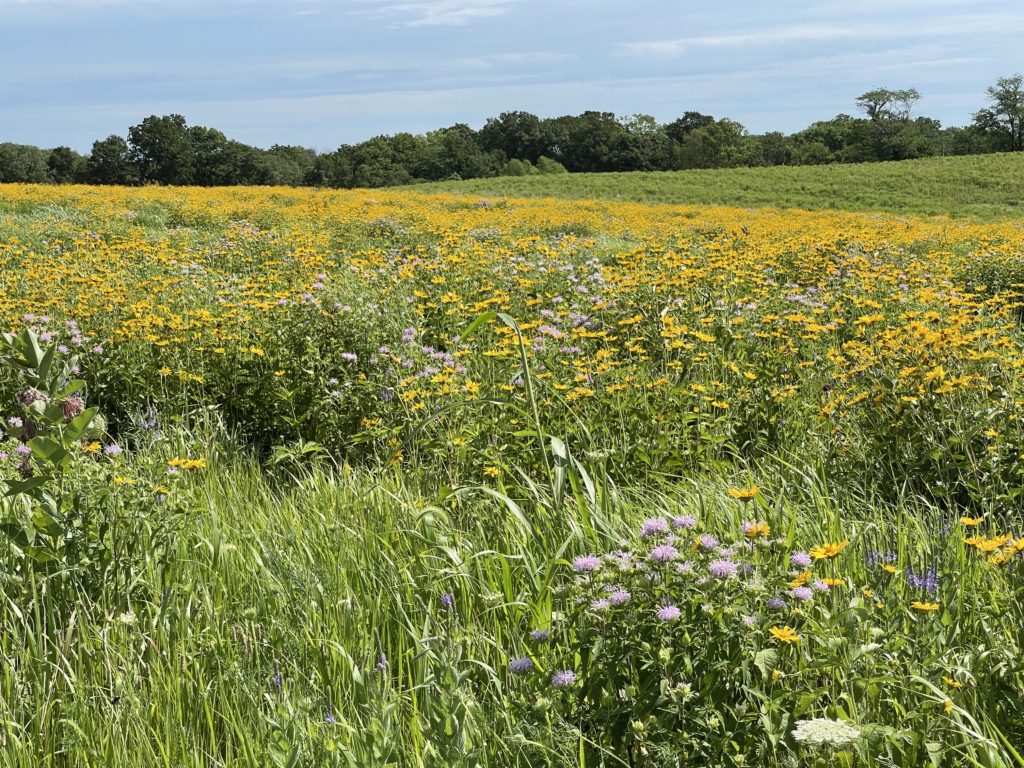 The Borrowmans also appreciate the value of having a stable income from Niman Ranch. They’ve been able to cut back on some of the other things they were doing to make a living, like selling hay bales at the farmer’s market. “Being a 16-hour-a-day farmer isn’t in the cards for me,” says Borrowman. “I have to do kid-duty. With Niman we’ve been able to scale up the hogs and I don’t have to do all those other things.”

Above all, the Borrowman family is committed to quality. “We go to some really awesome restaurants, so we raise the best pigs we can because we don’t want to disappoint the chefs,” Borrowman says. And they enjoy getting to know the chefs who are serving their pork. “I love this relationship that puts farmers closer to eaters,” he adds. “That’s why we got back into farming.”

Borrowman hopes the 8th generation, their kids Parker, 8 and Twyla, 4, will eventually join them on the farm. “Niman Ranch offers a way to keep kids on the farm, and I can’t think of a better system to keep the next generations farming.”

Learn more about how Niman Ranch supports our network of family farmers here.