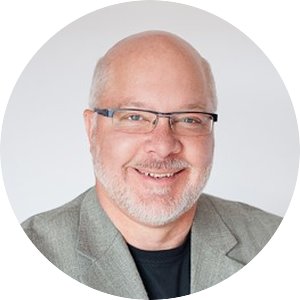 Much has changed over the last 20 years in the choices of feed ingredients available and the way swine diets are formulated. One of the most significant changes is the use of corn-derived dried distillers’ grains with solubles (DDGS) in diets for all phases of pork production.

This dramatic increase in DDGS use in swine diets has occurred for three reasons:

Regarding metabolizable energy (ME) and net energy (NE) for swine, corn DDGS and corn contain, on average, similar ME and NE content. As a result, DDGS prices are generally highly correlated with corn prices in the feed ingredient market.

However, the energy content varies considerably among sources. One of the reasons for the high variability in energy content among DDGS sources is that the majority—more than 90%—of ethanol plants are extracting some of the corn oil prior to manufacturing DDGS. However, research has shown that the oil (crude fat) content of DDGS is a poor single predictor of ME and NE values for swine.

To manage this variability and provide accurate ME and NE estimates of the DDGS sources being used, University of Minnesota swine nutrition researchers (Urriola et al., 2014; and Wu et al., 2016b) have developed and validated prediction equations based on chemical composition.

Although the concentrations, balance and digestibility of amino acids in DDGS are inferior to those of soybean meal, DDGS can partially replace soybean meal in swine diets when adequate amounts of crystalline lysine, threonine and tryptophan are supplemented. However, like for energy, the amino acid content and digestibility vary substantially among DDGS sources.

More Phosphorus from DDGS than Corn

Another unique and economically valuable nutrition component of DDGS is its relatively high standardized total tract digestible (STTD) phosphorus content (0.47%) compared with corn (0.09%), soybean meal (0.34%), and other grain and grain byproduct sources. Phosphorus is the third most expensive nutritional component in swine diets after energy and amino acids.

As corn is fermented to produce ethanol and DDGS, the phosphorus content is not only concentrated, but much of it is converted to a more digestible form. As a result, substantial amounts of expensive inorganic phosphate supplements can be partially replaced in swine diets when DDGS is added. This not only reduces diet cost, but also reduces the amount of indigestible phosphorus being excreted in manure.

Fine-Tuning DDGS in the Swine Diet

Obtaining accurate estimates of energy and the digestible amino acid and phosphorus content of feed ingredients is one of the most important factors for achieving precision swine nutrition when formulating diets. Using accurate nutritional composition values minimizes the risk of over-feeding or under-feeding energy and nutrients relative to the pig’s requirements. They are also important for capturing the greatest economic value of feed ingredients by minimizing “safety margins” which are frequently used to manage uncertainty in the feed ingredients’ nutritional composition.

Furthermore, if nutritionists have confidence in the energy and digestible amino acid values of the sources of feed ingredients they are using, they are more likely to increase diet inclusion rates if the sources are competitively priced to obtain greater diet cost savings.

In 2012, Tahir et al. conducted a feed ingredient analysis survey of common feed ingredients used in North America and calculated the coefficient of variation (CV) for several components. Their results showed that the CV of crude protein was less among samples of DDGS (5.4%) than among samples of corn (8.7%) and wheat (19.1%). Furthermore, DDGS had the least variability in neutral detergent fiber (NDF) and phosphorus content compared with corn, soybean meal, wheat, and canola meal. However, as expected, the variability in crude fat content was the greatest among DDGS sources due to the fact that the majority of US ethanol plants partially extract variable amounts of corn oil prior to manufacturing DDGS.

Due to the high ME and NE and digestible phosphorus content and relatively high digestible amino acid content of DDGS compared with corn and soybean meal, the economic value of using DDGS in swine diets can be as much as $60-100 per ton greater than the purchase price. Numerous studies have shown that adding high amounts of DDGS—up to 30% in phase 2 and 3 nursery, growing/finishing and lactation diets, and up to 50% in gestation diets—maintains performance comparable to feeding conventional corn/soybean meal diets (Stein and Shurson, 2009).

Significant feed cost reductions have been achieved when using these high DDGS inclusion rates to the point where many large pork producers are attempting to find ways to use even greater amounts (50-60%) in grower/finisher diets. However, to achieve optimal growth performance and carcass composition when feeding diets containing more than 30% DDGS, re-examining the threonine requirements and managing excess leucine relative to isoleucine and valine must be considered.

The Effect of DDGS Fiber and Amino Acids in the Gut

The high fiber content of DDGS may increase the threonine requirement because of increased mucin production in the gastrointestinal tract, which occurs when feeding high fiber diets to pigs. Mucin contains significant amounts of threonine, which is lost and not used for growth. Corn protein in DDGS also contains high amounts of leucine relative the pig’s requirement, and excess leucine reduces the utilization of two other amino acids: valine and isoleucine. Therefore, feeding diets containing high amounts of DDGS may result is suboptimal growth performance if these conditions are not properly managed in diet formulations.

Research is underway to evaluate ways to overcome these challenges and further increase DDGS use in nursery and growing/finishing pig diets.

The fake meat fad is fading… By Gregory Bloom