Clip-Michael Formica-National Pork Producers Council:
The Pork: The Other White Meat campaign is widely considered one of the most successful marketing campaigns in history. It is still to this day one of the top three or four most widely recognized and associated trade marks in all of marketing history. It’s up there with the McDonalds arches. It’s become part of the common language. The Other White, people know that. That is pork. It was transferred and sold to the Pork Board largely because the Pork Board was created and formed and their charge, as a checkoff organization, is to engage on behalf of producers in research, education and then promotion of those products. NPPC, our charge is less research and promotion.

Formica acknowledges, while this is an important ruling and the pork sector hopes it will bring the matter to an end, the Humane Society of the United States still has further opportunities to appeal, including taking the matter to the Supreme Court. 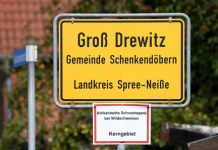