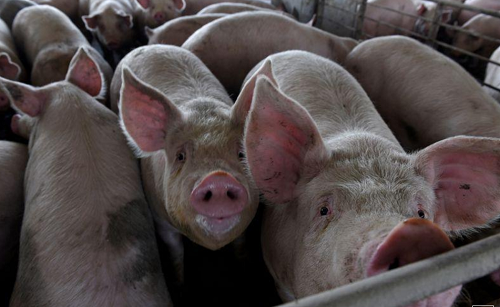 North America’s hog farmers face prolonged pain beyond the COVID-19 pandemic that has interrupted packing plants , as a pig glut in the United States holds prices low and pressures producers to downsize.

Canadian farmers who produce piglets – also known as isoweans or weanlings – face some of the greatest pressure to downsize. Many sell to U.S. farms who then fatten piglets to slaughter weight levels, but prices have fallen well below costs.

In July, Manitoba farmer Rick Bergmann sold 500 piglets to a U.S. buyer for $2.50 per head, recouping only the transportation cost.

“There are producers asking, ‘do we want to stay in business?’ These are dark days,” Bergmann, chair of the Canadian Pork Council, said.

U.S. buyers paid between $2.50 and $20 per Canadian isowean for the week ended Aug. 22, according to the U.S. Department of Agriculture, far below the roughly $40 cost to raise one.

“The weanling sector is the most volatile,” said livestock and meat analyst Kevin Grier. “When things are good, they have the wildest high prices and returns, and when things are bad, it’s just the opposite.”

There is little optimism that bottom lines will improve.

Western Canada’s hog prices are based on U.S. prices, which remain depressed, although they partly recovered this week.

“Even before COVID, we had too many hogs,” she said.

Get ready for the 2021 AFAC Livestock Care Conference