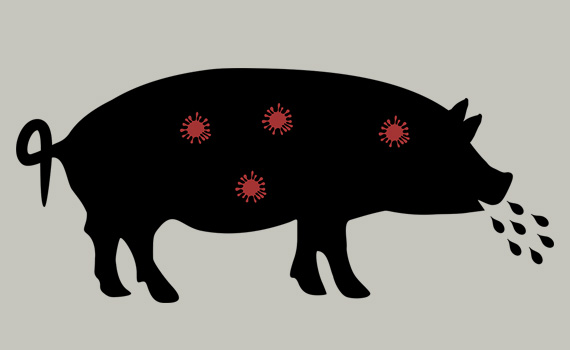 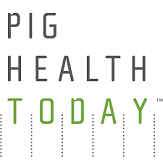 Nearly everyone in pork production is familiar with the clinical signs of porcine reproductive and respiratory syndrome (PRRS), but not everyone has experienced a new variant within the PRRS virus 1-4-4 lineage 1C (PRRSV 1-4-4 L1C). For herds in the upper Midwest that challenge surfaced late in 2020. Reports started with farms finding 10 or so sows off feed, and within a few days the tally would exceed 100 and continue to climb. About that same time, aborted litters would reach record numbers, and sow mortality rates spiked.

In the nursery and grow-finish phases, pigs would dramatically reduce water and feed intake, show signs of respiratory distress and mortality rates would climb beyond 25%, even in vaccinated pigs. As one client told Stephanie Rossow, DVM, swine disease pathologist at the University of Minnesota, “It’s the worst PRRS I’ve seen in 33 years.”

Paul Yeske, DVM, from Swine Vet Center in St. Peter, Minnesota, concurred that this new variant appeared to be more aggressive and that “previous virus exposure or vaccination doesn’t seem to have much cross-protection, at least what we can see for now. It presents all the same clinical [PRRS] symptoms but much more dramatic.”

This PRRSV variant produces very high viremia and high virus levels, which he theorizes is why previous exposure and vaccinations have little effect.

Overall, the worst PRRSV impact occurs when viremic pigs move into new areas, Yeske told Pig Health Today. With this variant, he’s seen lateral outbreaks with mortality as high as 50% to 80% in the late-nursery period.

It takes 2 to 3 weeks for this PRRSV variant to move through a farm’s pig population, and then the herd appears to stabilize, he said. “Sows start to recover and return to normal.” However, farrowing sows continue to have high mummy counts, with just four to five pigs born alive from a litter of 14 to 16.

“RFLP is a screening tool to detect changes in the virus over time,” said Giovani Trevisan, DVM, PhD, in epidemiology at Iowa State University. “In 2020, an abrupt genetic change occurred in the 1-4-4 virus.”

PRRSV 1-4-4 is not new; it’s been in the mix since 2006. It’s widespread and there is considerable genetic diversity across states. But looking at PRRSV sequences from Iowa and Minnesota in late 2020, Trevisan noted “something was going on to change the number of [PRRSV] sequences to 1-4-4.”

University of Minnesota researchers tapped into Morrison Swine Health Monitoring Project (MSHMP) data and found that by December 2020, participants were reporting a very virulent PRRSV strain and requested ORF5 sequences. Those were compared with more than 30,000 MSHMP dataset sequences.

By mid-January, they found a cluster of 72 sequences that came from 60 different farms, said Mariana Kikuti, DVM, University of Minnesota researcher in public health and epidemiology. The farms involved both grow-finish and breeding-herd units.

“The cases were clustered in both time and geography,” she added. “Most occurred within a 3-month period, and 90% were within a 50-mile radius.” A key point is that identical sequences occurred in different systems.

She further emphasized that there are many other co-circulating 1-4-4 L1Cs that different from this new cluster. The University of Minnesota has provided more clarity on the nomenclature of this new PRRSV variant in this online article. “If people receive a 1-4-4 L1C diagnosis they cannot rely on the RFLP and sub-lineage information. They need to compare their sequences with sequences from this cluster to be sure it is the same variant,” she said.

The sequences will be sent to GenBank, to expand scientific access, as more molecular and epidemiological investigations are needed to answer questions about this new PRRSV variant.

So far, the PRRSV 1-4-4 L1C variant has infiltrated herds in Minnesota and Iowa, but it may not stop there. “A main route of how a virus moves is with pigs, and we move about 1 million pigs per day [in the US],” said Daniel Linhares, DVM, PhD, Iowa State University.

“In addition to severe lung lesions, a standout with this virus is the necrosis in the thymus and lymph nodes,” Rossow noted. “Both are important for immune response, and the marked dysfunction of those tissues relates to a poor response to other virus and bacteria challenges, especially in the nursery and grow-finish environments.”

Indeed, herds infected with this variant may develop significant secondary infections and respond poorly to treatment, even with injectable and water medications.

Equally important to monitoring animals is that caregivers speak up if they find something suspicious, because once the virus moves into a neighborhood it spreads quickly.

There’s not enough experience with this PRRSV 1-4-4 L1C variant to know how it will perform long term, whether it will reinfect pigs or how stable a herd will be. The hope is that, like other PRRSV strains, it will eventually become less virulent.

For now, farms need to review, update and implement biosecurity practices. “If you take nothing else away from this, review your biosecurity plans and make sure things are getting done as expected,” Yeske said. A biosecurity audit can identify risks and missteps.

Improve transition zones, and add biosecurity layers for both the sow farm and grow-finishing sites. Review the dirty/clean lines, add a bench entry, and ensure people follow procedures. Also, apply this approach to decontamination rooms. Isolate and fumigate new equipment entering the facility and carefully monitor in-house repairs. Clean and disinfect trucks and, if possible, isolate use to a specific area or production phase to prevent cross-contamination.

“All farms have room to improve biosecurity, so it’s a good time to do that; if not for PRRS, it will help with many other diseases,” Linhares said.