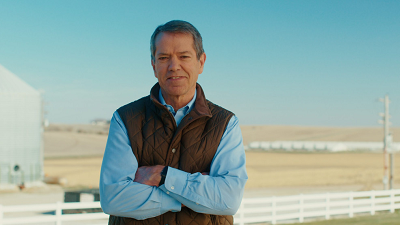 Jim Pillen, a member of the Nebraska Board of Regents, announced he’s running for governor with a conservative platform.

In a statement on Facebook, Pillen says Nebraska is the “best of America and this is where we make our stand.”

Pillen said he’ll defend the right to keep and bear arms plus he said he’ll support law enforcement and “demand order on the southern border”.

Pillen said he is pro-life and pro-agriculture, saying he will “stand up to radicals who want to use red tape and fake meat to put Nebraska agriculture out of business. ”

Other priorities include economic development and property tax reform. He also highlighted broadband and infrastructure.

Pillen played football for the Huskers and is chairman of the Board of Regents, the governing body for the state’s university system.

Governor Pete Ricketts is term-limited and voters will choose a new governor in 2022.