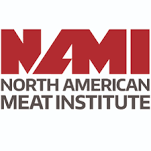 With less than five months before the Commonwealth of Massachusetts intends to enforce its proposed Regulations Implementing the Act to Prevent Cruelty to Farm Animals (the Act), the North American Meat Institute (Meat Institute), the largest and oldest trade association for packers and processors of beef, pork, lamb, veal and turkey, has urged the Commonwealth to delay enforcement and allow time for the proposed rule to be made final so livestock producers and packer processors can understand the final rule and make any required changes to their operations.

In comments submitted to The Commonwealth of Massachusetts Office of the Attorney General on the proposed act, Mark Dopp, Chief Operating Officer of the North American Meat Institute said:

“Before addressing the problems attendant with the proposed rules, the ‘elephant in the room’ needs addressing. The Act provides that the ‘The Attorney General shall promulgate rules and regulations for the implementation of this Act on or before January 1, 2020.’ The Attorney General is 19 months late and counting in meeting that deadline. Simple equity demands that the agency delay enforcement of the Act so veal calf producers, hog farmers, packer/processors and the rest of the supply chain have time to understand and comply with yet to be published final regulations.

“Regulatory compliance will require the veal and pork industry to divert resources from maintaining a critical food supply and reallocate personnel to prepare for the compliance deadline. For example, packer/processors will need to examine their operations and supply chains to ensure only compliant pork and veal is sold in to Massachusetts – should they decide to continue supplying that market. To implement those changes in the absence of final rules is impracticable, if not impossible. For these reasons, NAMI respectfully requests that, at a minimum, the agency delay for two years after publication of final rules enforcement of the Act and regulations.”

In addition, the Meat Institute also addressed the problems with the proposed Act noting that, while Massachusetts did not conduct an economic impact study, the State of California’s economic analysis for its similar proposed law, called Proposition 12, found that the California law and proposed rules will cause consumers to pay more for pork and veal, with no identified benefit to California citizens.

Also of particular note is the burdensome and costly certification and record keeping requirements of the Massachusetts proposed rule.

“The proposal would require a packer that harvests hogs, processes those hogs and produces bacon and pork tenderloins, and sells those products to customers in Massachusetts to create and keep for three years a “certification” for every single transaction,” said the Meat Institute’s Mark Dopp.

The Meat Institute suggests that instead of mandating individual certifications for every transaction, the agency should implement a simple outcome-based requirement. The seller would supply the purchaser with a guarantee, certification, or other information to demonstrate the animals or products are compliant.