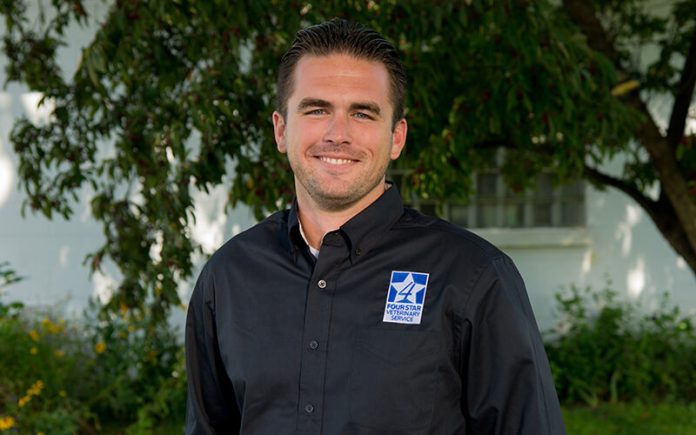 Most, if not all, pigs harbor some strains of Streptococcus suis (Strep suis). Lately, challenges by the bacteria appear to be on the rise, but that could be interpreted as a positive.

“It’s up for debate whether Strep suis is on the rise. It could be we’re doing things to make Strep worse or we have better diagnostics, because it’s always been around,” reported Daniel Gascho, DVM, Four Star Veterinary Service in Mexico, Indiana.

If producers have an outbreak of porcine epidemic diarrhea or porcine reproductive and respiratory syndrome, then Strep suis often takes a back burner, he said.

“I view producers wanting to tackle minor Strep suis as a good thing because it means they’ve fixed the really big problems,” he continued.

Most Strep suis outbreaks occur in post-wean pigs when drastic changes are made to their living situation and new stressors are added.

“Without a doubt, post-weaning is where we’ll see the most flare-ups of what I’ll call normal Strep ⸺ Strep that’s a commensal organism that just flared up because the pig’s immune system was weakened.”

In these cases, Gascho recommends focusing on husbandry like room temperature, humidity levels, stocking density and proper nutrition. In addition, more pigs may need to be moved to hospital pens for individual treatment. If the outbreak is serious enough, water medications or other treatments may be warranted.

“But the big thing is if you can head off Strep before it starts, you’ll be miles ahead,” he said. “Just focus on all the normal husbandry items to the best of your ability.”

There are times when Strep suis requires immediate intervention. These occur with more pathogenic strains that can lead to meningitis and death.

“If it’s one of those types of Strep, we need to treat now because the pig won’t last very long,” Gascho said. “This is the Strep we get the most calls about because it kills pigs.”

Most farms assume Strep suis is causing the meningitis and will treat accordingly. However, if treatment seems to be failing, a lab diagnosis should be conducted from a brain sample because there are other causes of meningitis requiring different treatments.

“The bigger picture is where did that pathogenic Strep suis come from?” Gascho said. “How do we keep that from happening again?”

“Strep is not typically a hardy bacterium; many drugs or antimicrobials licensed for use in swine have a label for Strep suis,” Gascho said. A few of these include ceftiofur and enrofloxacin products.

“If you have a late-stage Strep suis, some dexamethasone to decrease intracranial pressure will buy that pig a few more hours of life to allow your antimicrobials to work,” he added.

In the end, reducing Strep suis challenges will require keeping the pathogen under control through good husbandry practices.

“Strep has been around as long as pigs have been domesticated; we haven’t knocked it out yet, and we won’t,” Gascho said. “Just keep doing your basic husbandry to keep it from starting, which is easier said than done, but that’s the key.”

Check with your Four Star veterinarian to develop a husbandry plan or a treatment plan for Strep suis on your farm.