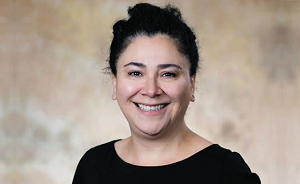 Pigs treated with one intramuscular dose of Draxxin® (tulathromycin) and then challenged with a virulent strain of Actinobacillus pleuropneumoniae (APP) had signiﬁcantly reduced mortality and lung lesions compared to untreated controls.1

Previous studies have shown that a single 2.5 mg/kg bodyweight dose of Draxxin is rapidly released from the injection site and reaches maximum plasma concentrations in less than 1 hour. The AUC was more than 61 times greater for the lung than for plasma. AUC stands for “area under the curve” and is a measure of the drug in plasma based on drug concentration and time.2 Draxxin is  slowly released from lung tissue.3

For the study, 240 clinically healthy female and castrated male pigs about 6 weeks of age were acclimated for 10 days. Investigators then randomly assigned the pigs into six groups.

One group was not treated and served as the control, and the remaining ﬁve groups received 2.5 mg/kg of bodyweight of Draxxin on assigned days before challenge (Table 1), Galina says.

The investigators also weighted the gross involvement of each lung lobe to come up with the percentage of “total lung with lesions.” They evaluated pigs treated with Draxxin 11, 9, 7, 5 and 3 days before challenge with APP. Pigs treated with Draxxin 5 or 3 days before challenge had signiﬁcantly less weighted lung lesions compared to controls, she reports.

Draxxin is a macrolide antimicrobial developed exclusively for veterinary use. Macrolide eﬃcacy depends on the length of time bacterial pathogens are exposed to an antimicrobial. The extended presence of Draxxin in the lungs — thought to be due to the slow rate at which it metabolizes — likely explains its long duration of eﬃcacy, Galina says.

“The results of the challenge study clearly show that the pharmacologic proﬁle of Draxxin translates into practical clinical beneﬁts. When only one dose is needed, sick pigs need to be handled less often. Labor costs are reduced compared to treatments that require repeat dosing. In addition, the withdrawal requirement for Draxxin is only 5 days,” she says.

“Improved clinical results, reduced labor costs and a short withdrawal time all translate into savings for producers,” she says.

Important Safety Information for Swine: Withdraw Draxxin/Draxxin 25 ﬁve (5) days prior to slaughter in swine. Do not use in animals known to be hypersensitive to the product.  Click here to see prescribing information for Draxxin.

DISCOVERIES, Issue 10
Discoveries is a series of  research news reports written by the editors of Pig Health Today on behalf of the US Pork Business of Zoetis.