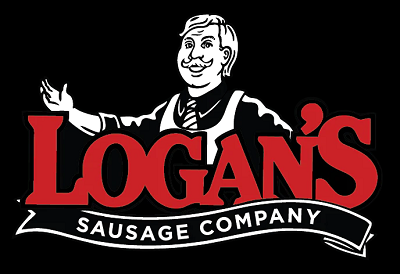 “In looking long and hard at the future of Gunnoe’s Sausage, we realized it would be difficult to transition the business to the next generation,” said Cynthia Gunnoe, Vice President at Gunnoe’s Sausage. “When we met with Logan’s Sausage Company, we knew we had a wonderful and rare opportunity for Gunnoe’s Sausage to continue on as a small, family-owned and operated business and a Virginia-made product. We are excited that they will continue the legacy of Gunnoe’s Sausage and the same great products that families trust when they gather around the table.”

“As long time admirers of the Gunnoe’s Sausage brand, we do not take lightly the responsibility to continue the long lasting tradition of family business and attention to quality. In fact, after getting to know the Gunnoe family over the past year, we not only discovered how much we have in common, but also found that we share the same recipe for success – always stay close to the customer” –Kevin Logan, Vice President at Logan’s Sausage Company.

Gunnoe’s Sausage has been proudly providing premium sausage to families in the Mid-Atlantic and Southeast region since 1965. The company became known for its high quality sausage product, which uses the highest-quality ingredients to create a variety of sausage, including their popular mild, hot, and sage rolls.

The company planted roots in Virginia when Dewey Gunnoe, the current owner of the company, moved his family to Cifax, Virginia to expand the family sausage business that started in Charleston, West Virginia after World War II. Gunnoe got his start in the grocery business delivering groceries from his pony as a young boy for his father’s grocery store. Gunnoe sold the same special recipe created by his father, James Earl Gunnoe, who first started selling the sausage out of his grocery store in Charleston. Cynthia Gunnoe and Craig Gunnoe joined their father in the business  and helped grow the company’s reach to families across the Mid-Atlantic and Southeast. Today, Gunnoe’s Sausage products are available at most major grocery stores in the Mid-Atlantic area.