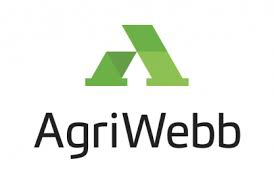 AgriWebb, an Australian provider of livestock management software, has raised A$30 million ($23.3 million) in a Series B round which it says gives it a valuation north of A$100 million ($77.7 million).

The round was led by Telus Ventures, the strategic investment arm of Canada’s Telus, which has been rapidly expanding its presence in the agrifoodtech space in recent months.

Last November, the telco launched Telus Agriculture – a new business unit dedicated to providing internet-enabled tech to the farming industry. This followed a string of acquisitions by Telus, with the competencies of the acquired companies running the gamut from precision ag and farm management software to API integration and supply chain traceability.

Is AgriWebb also set to swell the Telus ranks – or will it remain an independent player for the foreseeable future?

“In any venture partnership, you want to be hopeful [the investor] can be a catalyst for growth. But you don’t want to be dependent on them to be your only conduit of growth,” the startup’s co-founder and executive chairman Justin Webb tells AFN.

“Hopefully Telus Agriculture and its portfolio companies will fit in with [our plans] and can be wonderful partners. But we believe we have a strong independent growth model and some very strong stakeholders outside Telus who are equally driven to deliver the digital future for livestock agriculture.”

From its end, AgriWebb would seem to have plenty to offer the Canadian tech giant – even as an independent partner.

The startup’s key markets are its native Australia – where more than 15% of the national herd are managed using its platform – and the UK, which it entered in late 2018 with the acquisition of UK counterpart FarmWizard.

It has also opened a North America office in Denver, US, and has “boots on the ground” in Brazil and South Africa, according to Webb.

Something that is also likely to have caught telco Telus’ eye is the tech on offer from AgriWebb.

Via a software-as-a-service model that can be integrated with IoT and which accepts user input, the startup collects data from the field and the cowshed and crunches it using machine-learning algorithms.

It then delivers actionable insights to farmers, helping them to understand which are their best-performing animals and how to make the most out of their pastures.

“We’ve become a bit of a central conduit for an ecosystem of all these IoT devices, whether drones, satellites, sensors, or electronic tags. There are so many innovations [but] ultimately what the farmer wants to see is contextualized information,” Webb says.

“There are a lot of point solutions in ag – it’s great to know how much an animal weighs at this point in time, for example – but it’s much better to know, ‘What did it eat? What are its historical genetics? What pastures did it move through?’ Then the farmer can project forward, think about what they can do for that animal over time, and manage future profitability – and retailers and end consumers can manage supply chain predictability.”

AgriWebb’s platform also allows farmers to have a handle on their operations’ greenhouse gas (GHG) emissions. Livestock ag accounts for an estimated 15% of the world’s overall GHG emissions, according to the UN Food & Agriculture Organization – with well over half of that coming from cattle.

This, Webb suggests, is why the Clean Energy Finance Corporation (CEFC) – a A$10 billion ($7.78 billion) climate-focused investment vehicle backed by the Australian government – injected A$5 million ($3.89 million) into the startup’s Series B round.

“The current format of production of live animal protein has a great deal of potential to improve in terms of efficiency,” he says. “That starts from the animal itself – improving and optimizing the genetics before feed conversion, and selective breeding of animal to make it, as a unit, more efficient.”

Another aspect is the adoption of regenerative grazing practices, which Webb describes as “a historically proven method for capturing more carbon from the atmosphere than is emitted from the animal during its lifecycle.”

“Unlocking that is amazing for sustainable production of protein, but my argument here is: If you can’t measure it, you can’t manage it and implement change.”

AgriWebb will use part of the Series B funds to explore potential new applications for its data platform, particularly in the areas of IoT and regenerative farming. It will also push ahead with international expansion, adapting its existing services for multiple languages and farming paradigms, as well as integrations with government compliance platforms in different countries.

Much of the rest of the capital will go towards further product development; in particular, to continue building out its ‘Individual Animal Management’ feature, which according to Webb “enables farmers to make decisions on thousands or tens of thousands of animals managed on a group basis, but understood on an individual level.”

In a statement, Telus executive vice president Francois Gratton said the Canadian company “is on a mission to help feed the world while improving the quality and safety of our food production.”

“By leveraging [technological] innovation and human compassion, we believe that we can help improve the sustainability of supply chains all over the world and that together, Agriwebb and Telus can help to accelerate this evolution in the global beef industry,” he added.

AgriWebb previously raised A$14 million ($10.2 million) from UK agrifood investment firm Wheatsheaf Group for its August 2018 Series A round.