Last week we attended the World Pork Expo held at the Iowa State Fairgrounds in Des Moines, Iowa. Our observations:

The World Pork Expo this year appeared to us to have more visitors than the year before. Main reason, less Covid related issues including the ability of people from other countries i.e., Canada, Mexico, South America, Europe, and parts of Asia able to travel again. We would observe less people than prior to canceled World Pork Expo’s one year for African Swine Fever fears and another year due to Covid. One other reason for less people is the show pigs are not at World Pork Expo anymore. The removal of thousands of show pigs from the premises is an obvious benefit to limiting the chance of swine disease exposure.

The attitude of producers we talked to was continuous optimism. Hog price is good but feed price is driving cost of production to levels that limit current and future profitability.

Driving through Iowa – Illinois before and after the Expo, it appears to us corn – soybeans look good, with most areas having lots of moisture and warm temperatures. Good scenario for corn-soybean development.

One producer spoke to us about a feeder pig broker saying that the number of empty finishers was because producers won’t buy pigs because of feed costs. Our reply is all pigs are in barns, none are being put in fields. If barns are empty, it means not enough pigs around to fill them. No one has barns to sit empty as a business model.

Most of any new sow barn construction discussion is being driven by Vet – Management clinics looking to manage and sell products to sow barn ownership. Very few new sow barns are being built or contemplated by other type of production models. New sow barns (farrow to wean) now at $4,000 per sow. Our observation is that the U.S. sow herd is not moving higher.

For every new sow unit there is someone exiting with the same number of sows. We also do not believe there has ever been expansion where there have been high feed prices.

To reiterate, high feed prices are hanging over the industry. This cannot be explained enough.

We have discussed many times our observations that our industry has record sow and wean to finish mortality. In discussions with producers at the Expo, frustrations with this reality were evident. We believe the increase in mortality is caused by genetic companies ignoring the benefit of high appetite and structurally selection as they continue to minimize robustness. We see few other reasons for average sow mortalities almost doubling and wean to finish spiking.

The mortality increases have created opportunities for companies to deal with deadstock. Below is a picture of the massive Biovator Pig Composter. It has been said one person’s adversity is another’s opportunity. We believe best to have pigs that live.

Talking to Packers at the Expo, they are not having a good time. It’s not hard to calculate issue. Hog Price average $1.07, Pork cut-outs $1.09 lb. The Hog Price this close to Pork Price isn’t good positive packer gross margins.

Inflation discussion was not only centered on feed costs but also on fuel costs, labor costs, and interest rates, all factors increasing costs for producers and packers. We need to have more money for our hogs and pork.

We want to thank all those that visited the Genesus exhibit and the producers that stopped to chat and enjoyed the Genesus pork sired by our Jersey Red Duroc. Also, it was nice to hear the thanks for our fight for the CFAP 1 top-up. The millions and millions of dollars promised but not delivered to a contracting swine industry is sad. The same promise re CFAP 1 top-up was made to corn producers and paid in billions. Corn got it paid, and we know what the corn price is. Hog industry contracted in production is a reflection of the economic damage from Covid. It wasn’t fair. Unfortunately, we believe NPPC didn’t fight for producers to get the promised CFAP 1 top-up to producers. That’s their job, and they failed us in our opinion and also the opinion of producers that visited us last week.

The good news is that NPPC executives had a retirement party in Des Moines last week (I wasn’t invited). They leave with a legacy of failing to fight for the millions promised by the government. The even better news is a new NPPC team is being put in place. I do not know Mr. Humphreys, the new CEO of NPPC, but I have been told he has the energy and ability to put NPPC on a path to be a fierce advocate for producers once again. Not one focused on bureaucracy sustainability. Hope spring’s eternal as hog producers. We hope for the NPPC to once again remember their job is to fight for producers each and every day 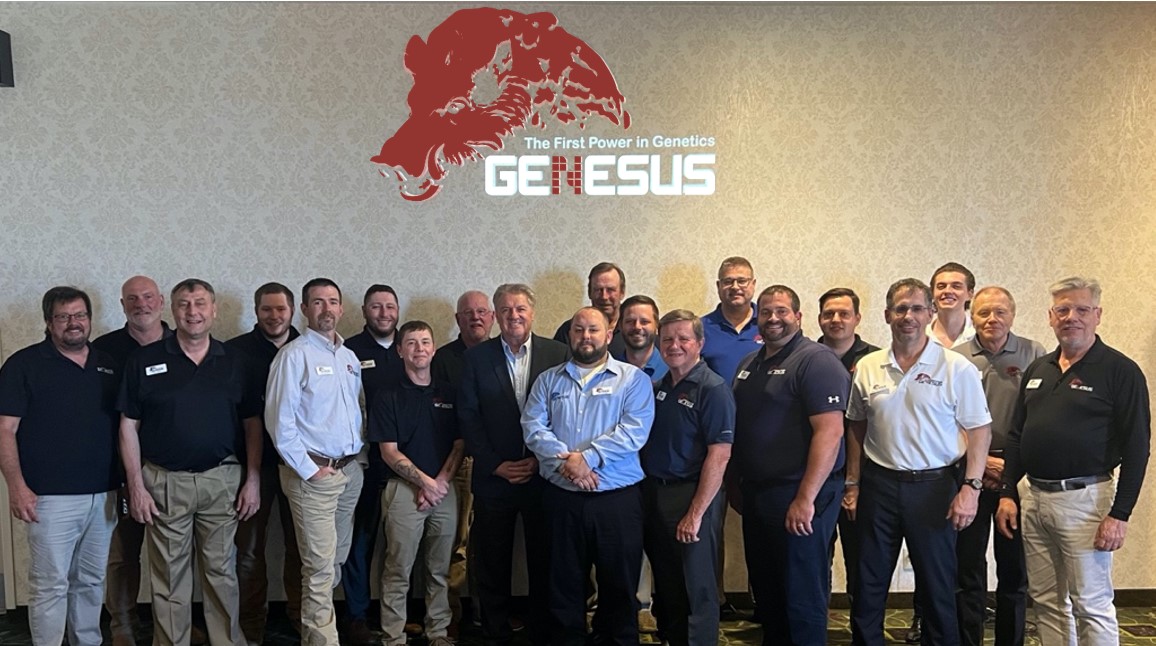 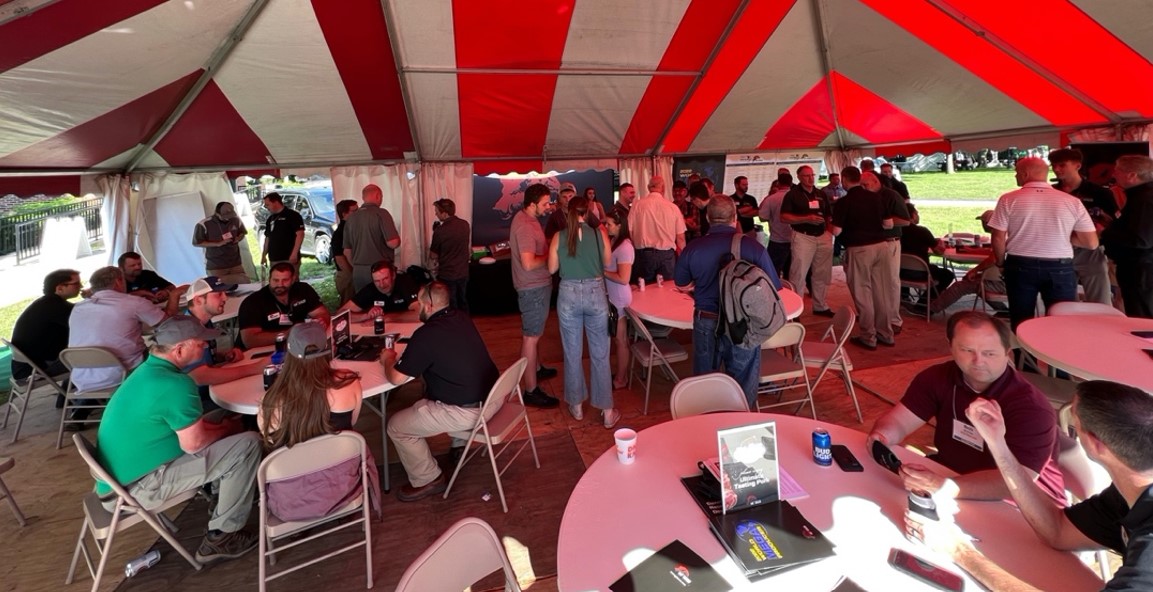 Inside the Genesus tent at the 2022 World Pork Expo