One thing there seems to be an agreement on with people we talk to is the number of empty finishers in the U.S. Of course, there are no real statistics on this but it seems that it is a common observation.

To us, the feeder pig cash price is like the Canary in the Coal Mine. It’s early warning that something is happening. One thing we have learned over time- people won’t pay more than they have to. We believe that the lack of pigs to fill finishers is leading to strong feeder pig prices. We believe this fore-telling what’s coming.

Last week we spoke at the Russia Pig Federation Conference. The Federation members include most of Russia’s commercial pig producers. The federation has done an excellent job over the last ten years looking after the interests of Russia Pig Producers.

Genesus does business in Russia.

Over the last decade, we believe that Russia has been the most profitable place in the world to produce swine. There have been probably in that time, fewer weeks than there are fingers on my hand when the Russian market has been below breakeven.

Ten years ago Russia was a large importer of pork. Now, Russia is self-sufficient at current consumption levels. Russians are big meat eaters, spending over 5% of their GDP per capita on meat – USA (1/2 of 1%)

We believe as Russia’s economy improves per capita consumption of pork will also increase. Russia has the capacity to produce massive levels of feed. Available acres for grain growing is larger than USA.

Russia would like to grow export market for pork. Their challenge is the ASF in their country which eliminates all the major pork importing countries as an option. One of the things we said in our talk last week was “Be careful what you wish for”. The desire to export has its downside.

Russia’s domestic hog price is 101.49 rubles a kg (61.25₵ U.S. liveweight a lb.). The U.S. hog price is less than 50₵ lb. liveweight. When you export you have competitors and become a price taker. Exporting is not as good as a strong domestic market.

There are many big opportunities with 145 million people in Russia to grow domestic consumption. Better tasting Pork is one of the major drivers to encourage repeat buying consumers. 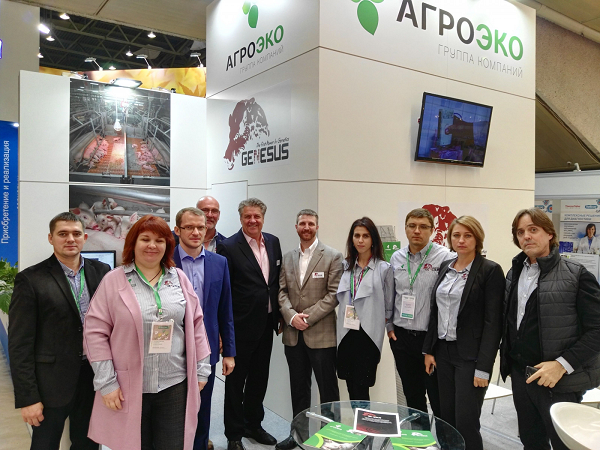