The U.S harvested 1,545,000 hogs last week. At least 1 million heads less then it should have. No doubt a real calamity. Too many packing plants closed and others not running at full capacity. The Coronavirus issue is a scourge on the hog industry.

Last Tuesday President Trump mandated the Defense Production Act for Packing Plants. It appears it could give some relief – Tyson Logansport (15,000 per day) announced to reopen this week and the Governor of South Dakota saying Smithfield Sioux Falls (20,000 per day) should reopen soon.

With the backing up of Hogs into the millions of heads over the last few weeks, there has been some euthanasia of pigs and abortions of sows. We have seen pictures of piles of hogs euthanized. We have no idea of the real total numbers involved but for every day hog slaughter is diminished increases the likelihood of ever greater numbers of euthanized pigs.

Once again, we are baffled by the Futures Market. In the midst of a Pork debacle where hogs can’t get slaughtered, June lean hog futures up to $11.18, July up to $9.45 lb. Hopefully, it translates into the cash hog market.

Two weeks ago, U.S Pork Cut-Outs were just over 50¢ lb, Friday they closed at $1.06. A jump of over $100 per head in two weeks! It’s what happens when Pork supply gets cut drastically.

The difference between $1.06 for Pork Cut-Outs and a lean hog market at 56.52¢ is 50¢ per lb. 50¢ per lb. times a 210 lb. carcass – it’s $100 per head gross packer margin. Great incentive if there ever was one for Packers to get plants rolling. Plants sitting idle with all their overhead in place are losing money. Talk about extremes? Producers with a percentage of the cut-outs and who can get them hogs killed are in a group of winners.

The latest weekly sow slaughter was 67,495 heads, last year averaged 57,500 heads. We believe the sow herd is decreasing by at least 15,000 a week. Combination of greater sow slaughter and lower gilt retention.

The latest U.S Pork Exports were 44,700 Metric tonnes (China 20,680 mt.). About equal to 500,000 market hogs of Pork. The ramification, in our opinion, with Pork exports holding at near-record levels and hog slaughter down 500,000 head a week, the decrease of Pork supply is all in the U.S domestic market. We expect the consequence will be some U.S retail stores not having enough Pork to sell. Our society is used to going to the store and getting food when we want it. Empty meat counters will not make happy constituents.

Chicken placement down 8% from a year ago last week (-13 million).

So, what we have is less Pork, Beef, and Chicken all being triggered by Coronavirus issues. Total Meat and Poultry significantly lower. We expect cold storage of all has been ripped down. Our conclusion if the Plants don’t get going the U.S retail meat cases will become next to empty in many places with ongoing rationing to customers. Not exactly a symbol of a system that is working.

The pressure to get plants up and running will become even more extremely intense when empty meat cases become the story on the National news. 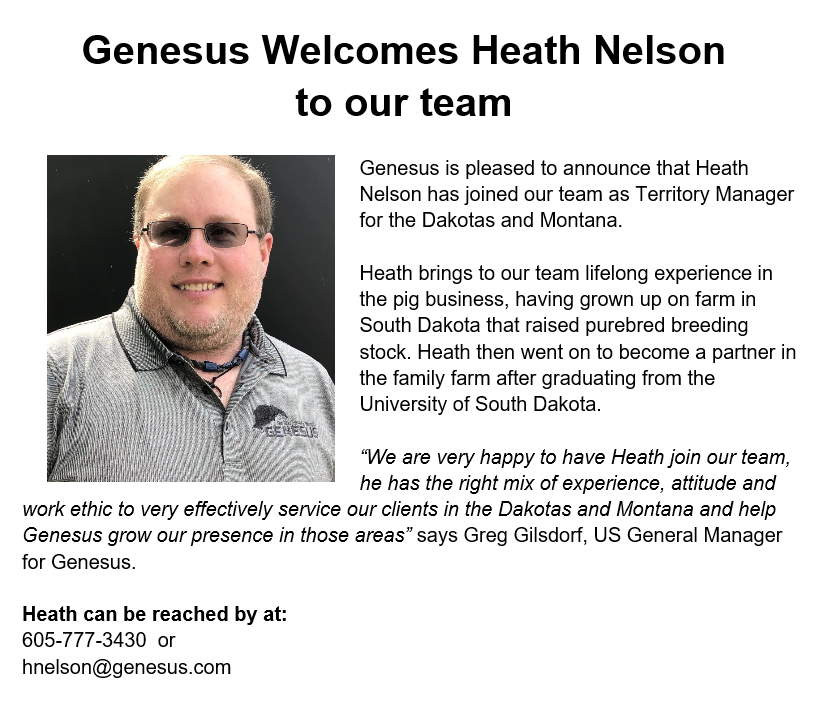