Last week we attended the National Swine Congress of Mexico held at Barceló Maya Riviera a grand resort located south of Cancún in the Riviera Maya.

This coming week we will be at the British Pig and Poultry Fair in Stoneleigh Park, Warwickshire, UK. Visit us at the Genesus booth.(Stand #64A

OPOROMEX the Organisation of the Mexican Pork Producers in conjunction with the Hotel-Convention staff needs to be complimented for a well-planned and executed event. The facilities were first-rate.

Spain’s pork industry was invited to attend. Several people from Spain were part of the program augmenting Mexican speakers. There were several hundred thousand sows of Spain’s production represented by individuals and companies.

We have been doing business in Mexico for 30 years. Like most of the world, we have seen the industry consolidate. There are fewer producers but those who survived are larger. Major players include but are not limited to Kowi, Kiken, Norson, Smithfield-Carrols, and Okai. There are about 1 million sows in Mexico.

Feed prices have pushed higher like the rest of the world. Mexico’s current National Average Price is 36.51 pesos/kg (81.63¢ lb. U.S. liveweight). Many producers told us this is about breakeven.

Mexico usually has a hog price of about 10¢ lb. U.S. liveweight higher than the U.S. market. This is a reflection of the fact Mexico is a net importer of pork. The major source of imported pork is the United States. Mexico is #1 volume importer of U.S. pork. Year to date Mexico has imported 232,358 tonnes, same time a year ago 193,028 tonnes (+20%). Mexico has accounted for about 45%of all pork exports year to date. Huge important market.

PRRS and PED have been and continue to be a major issue cutting production. This has contributed to the increase of U.S. pork imports.

Usual suspects Global Swine Genetic Companies were present at the Congress. PIC, the different Danish companies, Dutch-Norway, Genesus. The consolidation of the Genetic business has also happened in Mexico. PIC is the leading sales company in Mexico and has been for a couple of decades.

Mexico has historically produced very lean hogs. The realization that better tasting pork could increase consumer demand has begun to be recognized. Good news for Genesus.

A week ago, we forwarded the article celebrating the 20 years of the Jim Long Pork Commentary on Porcicultura.com. At the Congress, it was great to visit with the Porcicultura team. They are a very professional group with a passion for the pork industry. We appreciate our past and future association.

Our premise has been and continues to be that the U.S, Europe, and China will have lower hog production in 2022. The first time in history that these three production centers will all be down at the same time.

How bad is China’s current market that tells us less hogs are coming? Below are the financial results of the 11 publicly traded companies in China for the first quarter of this year. Our Farmer Arithmetic, collectively they lost $2.5 billion U.S. (18 billion RMB). We estimate this group is about 1/5 to 1/6 of China’s total production. If we Farmer Arithmetic these losses to the whole industry we estimate $13 billion U.S. in the quarter. Or about $1 billion U.S. a week. One thing we believe is that when producers lose money, you get less pigs. When producers lose lots of money, you get a lot less hogs. We believe China started liquidating last July. Losses in the $70+ per head range for nine months. We expect China will see year-over-year decreases in hog numbers anytime now. Maybe the Covid lockdown could delay a hog price jump but it will delay not stop. 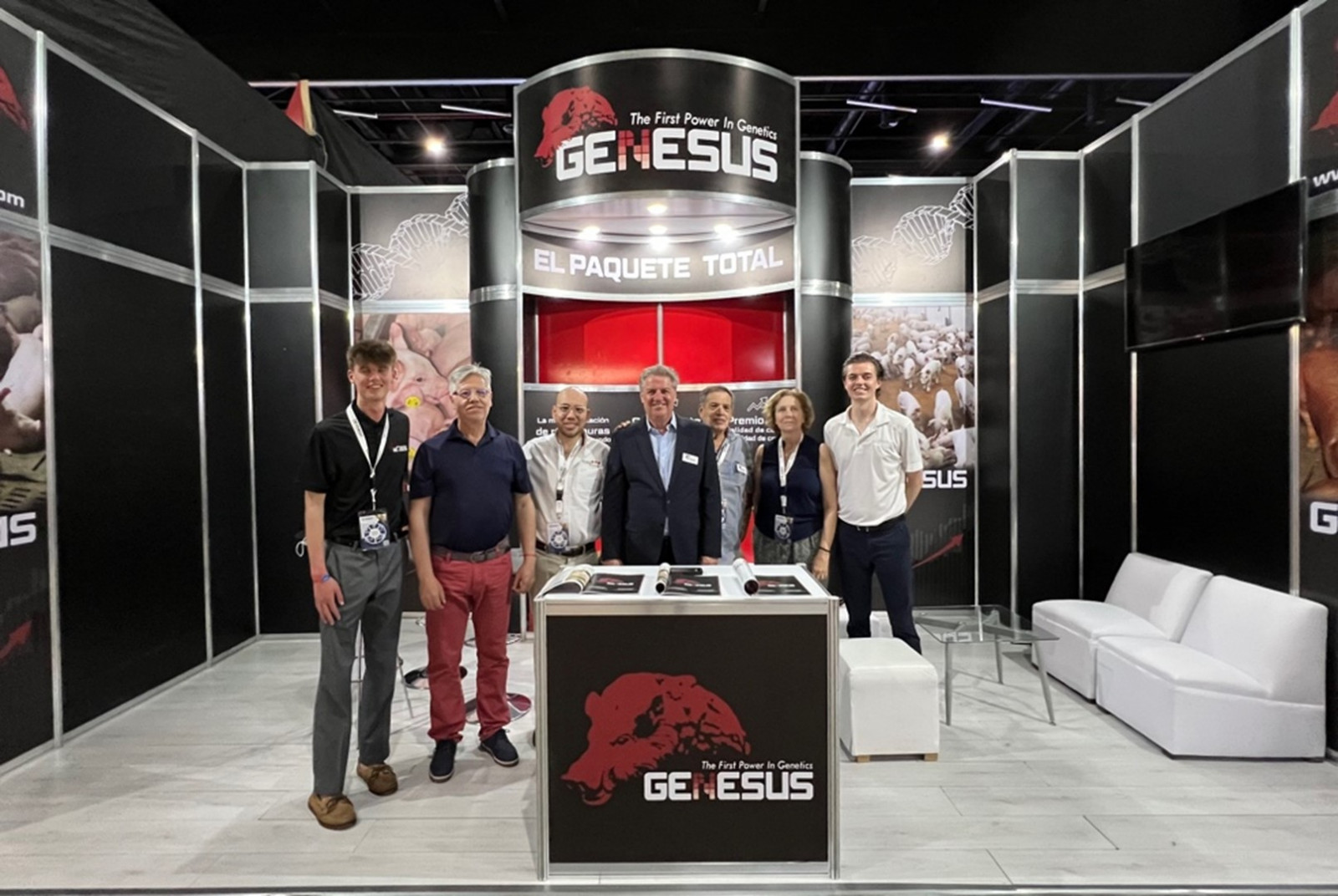 Genesus team at the National Swine Congress of Mexico 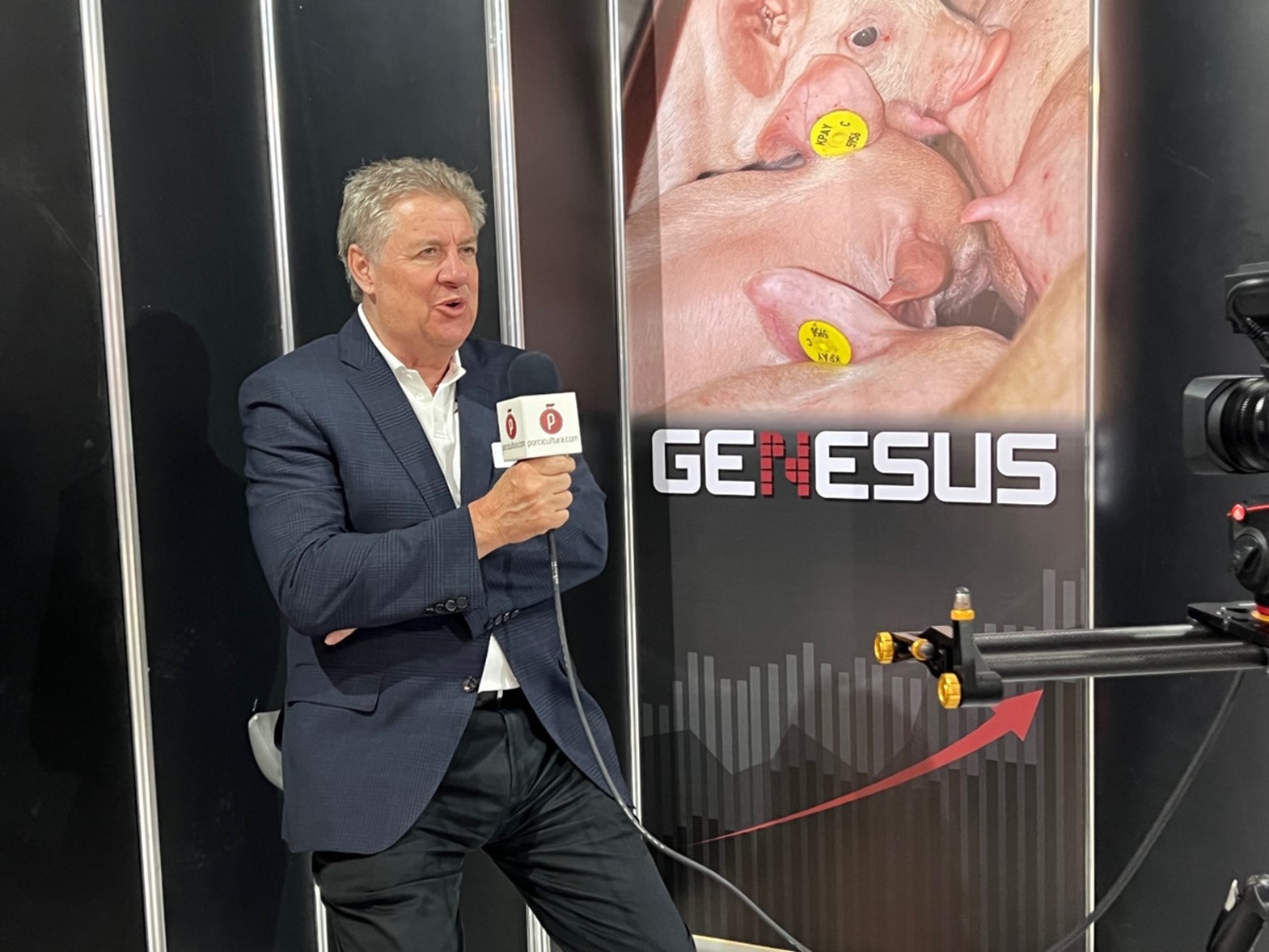 Jim Long being interviewed by Porcicultara.com in regards to the 20 years of the Pork Commentary being posted on their website