There are many items to observe this week:

Last week Germany found thirteen more cases of ASF in wild boars. More are expected. China, Japan, Philippines, South Korea, Japan, plus others have stopped all Pork Imports from Germany. German Pork can still move within the EU slowing the economic blow to producers. Market hogs, feeder pigs, and cull sow prices have all declined with the loss of export markets.

Export Sales of the U.S. the week prior to the German ASF totaled 50,600 metric tonnes (third highest this year) with China being 35,900 metric tonnes, the highest China week since April. We repeat these sales were before Germany was closed to Exports, Germany has sold well over $1 billion of pork to China this year. There is no doubt China will be aggressive purchasing U.S. pork as there is no larger supply of pork globally.

A true reflection of supply-demand is U.S. pork-cuts. They closed Friday at 87.53¢ lb., up from the low 70’s a few weeks ago. If you had told people cut-outs would be over 87¢ in late September a few weeks ago they would have called you “nuts”. The chicken little ag economists were indeed saying a month ago no upside to the current price and that was over $30 la head less than today.

Last week National Daily Base Lean Hog Carcass weights – Monday-Thursday averaged 206.94 lbs. The week before 208.38 a year ago 211.68. So lower weights then the week before and a whopping 4.74 lbs. lower than a year ago. So much for hogs being backed up. Hog weights don’t decline if hogs are backed up.

Lots of reports of empty finishers from the field. Feeder brokers have more orders then they have pigs. Pig buyers resisting paying more but reality of supply to demand will lead to continual price increases in small pigs over the coming weeks.

Trump administration announced a $23 per head CFAP payment Friday. Based on Highest Pig Inventory from April-August. Limit $250,000 per person, with 3 shareholders active can get max $750,000. Trump administration has supported pig farms with the 2 CFAP programs. In Canada the Trudeau government announced an imminent support program first part of May. Canadian producers are still waiting. Obviously, the U.S. government considers food security and supply of food for its population far more important than the Canadian government. In Canada, it appears the government thinks people can eat solar panels.

An indicator of Global Pork Export opportunities is the prices of hogs in Export Countries. Brazil is an interesting observation as one of the world’s major pork exporters. On June 25 Brazil’s hog price was 39.44¢ USD lb. liveweight. On September 17 was 68.67¢ (91¢ lean) USD lb. A jump of over $75.00 per head. If a major global pork competitor’s hog price is 91¢ lean a lb. it’s a sign USA-Canada current prices can be sustained with possible upside.

Gene-Editing (GMO) continues to face a tough ride in the EU. Last week 90 NGOs sent a letter to the EU food safety commissioner asking not to legalise genetically-edited food production. In the hard-hitting letter, all the issues against GMO (Gene-Edited) are laid out. It’s hard to believe that the technology will get approval with so many interest groups and consumer questioning. For companies like PIC-Genus who have spent millions in GMO it must be challenging to observe the possibility of a zero-value investment. This doesn’t even cover Retail-Foodservice companies asking for guaranteeing source of pork non-GMO-Gene Edited. That’s a death sentence.

We also discussed our opinion of what we see is the direction of swine genetic development in China. China swine breeding herds have been decimated by ASF. There is a major need for globally competitive genetics to rebuild the industry. Genesus prior to ASF was supplying over 30% of all swine imported to China. Genesus has proven in China through numerous customer traits that lead to maximum profitability and its why we are the Genetic of choice.

China has lost possibly 15 million sows of production. The industry is rebuilding but it’s not going to happen in a minute. There are still ASF breaks. The USDA projects China will be at 80% of pre ASF production by the end of 2021. In the meantime, high hog prices ($2.35 USD lb.) with high profits will push expansion and pull pork imports into China. With Germany out of China’s import market the USA and Canada should see significant benefits. 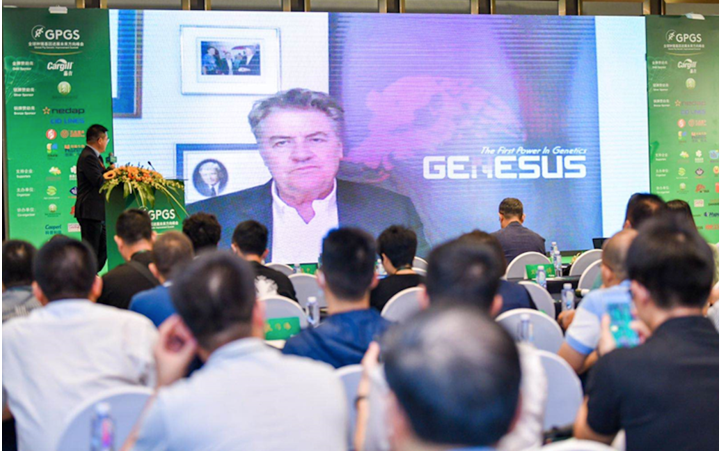 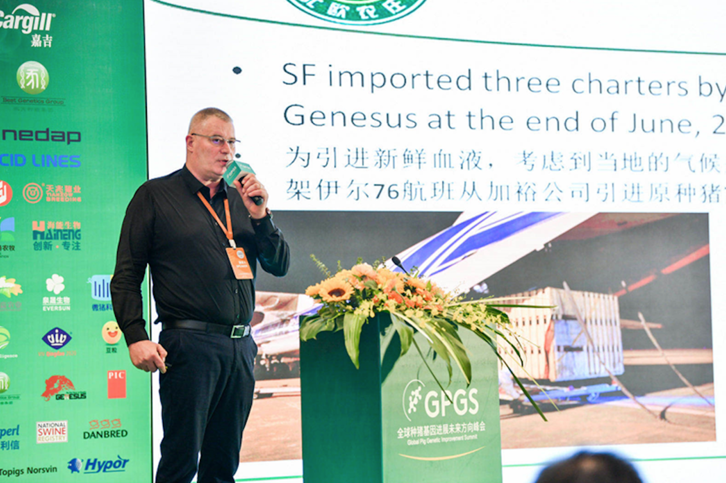 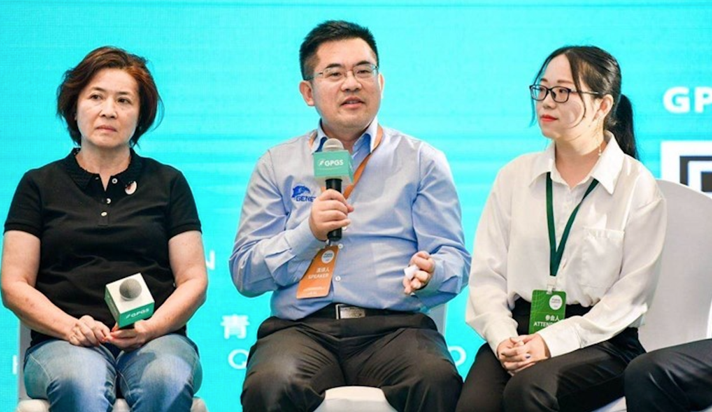