The Wild Gyrations in the lean hog futures are best illustrated by the following:

The insane drop in a week of over $25 per head has since been followed in a week by a rebound of about half that amount. The word “stable” should never be used in the current scenario of the lean hog futures or maybe even the psyche of many of the US producers.

As we wrote last week, it is bizarre to think Coronavirus would stop Chinese from eating pork or any other meets (not related to bats, snakes, etc.). As our Genesus General Manager in China told us “The only stores open are supermarkets. We go to stores, buy food and sit at home eating.” Point is they aren’t buying cars, apple phones, going to restaurants, etc. Food, yes.

There are reports that travel restrictions had prevented pig and poultry farms from receiving feed. Livestock perished as a result. Last week the Chinese Federal Government put a priority on ensuring food and agriculture products were prioritized in movement with little restrictions.

There are reports that imported pork is backing up at Chinese Ports.  Not enough trucks arriving to take pork to the next destination due to Coronavirus reaction.  We expect this is to get sorted fast. These are some advantages to a command society.

We were with a Chinese Company last week that is a Global Mega Producer.  They are still very optimistic that the Chinese hog price will hold near current levels ($2.39 U.S. liveweight a lb.).

A reflection of breeding stock demand are these current prices in China.

Certainly high price points. Reflects supply and demand of genetics in China and optimism of future hog pricing. China government gave a signal last week of further need for U.S. pork by cutting tariffs by 5%. They will stay in market.

U.S. Pork Exports in the last week of January at 42,000 tonnes, were double from a year ago. So far up 460% to China year to date (YTD), up 62% to Mexico YTD and up 107% to Canada YTD. Mexico and Canada are duty-free to China.  We expect U.S. pork is filling holes in both countries for pork going to China.  It’s a North American market. Any pork leaving is a good idea.

Was interesting this past week, we had producer comments wondering too if lean hog futures did anything but create a more volatile market. They also had never thought about that no other pork country had its own “Las Vegas”.

Our point is, no other major hog producing country has had the extreme reaction in pricing that lean hog futures had the last two weeks.  It’s not anything but harmful to producers.  We sense many producers who invested huge capital resources and are committed to our industry resent their destiny being tied to sharpie speculators that live in New York City and Chicago sitting on gobs of money to run the market up and down.

They don’t care if its hog, orange juice, oil etc.  It’s all about people who make nothing tangible for society, living on speculation. 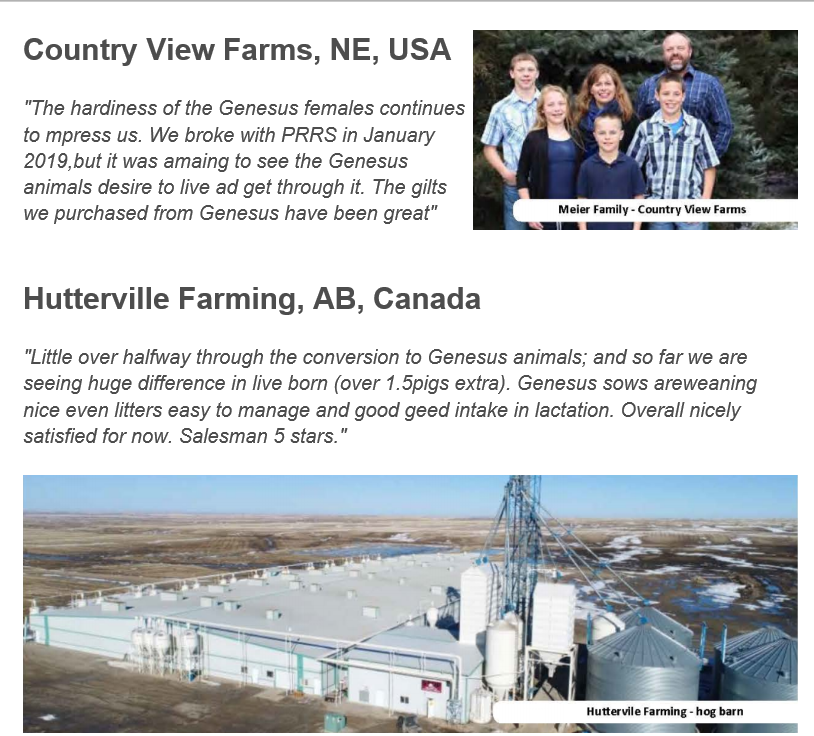