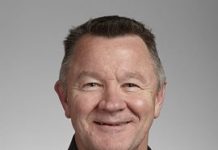 Swine Industry in need of Agility throughout the Unexpected, By Kent Bang from Compeer Financial