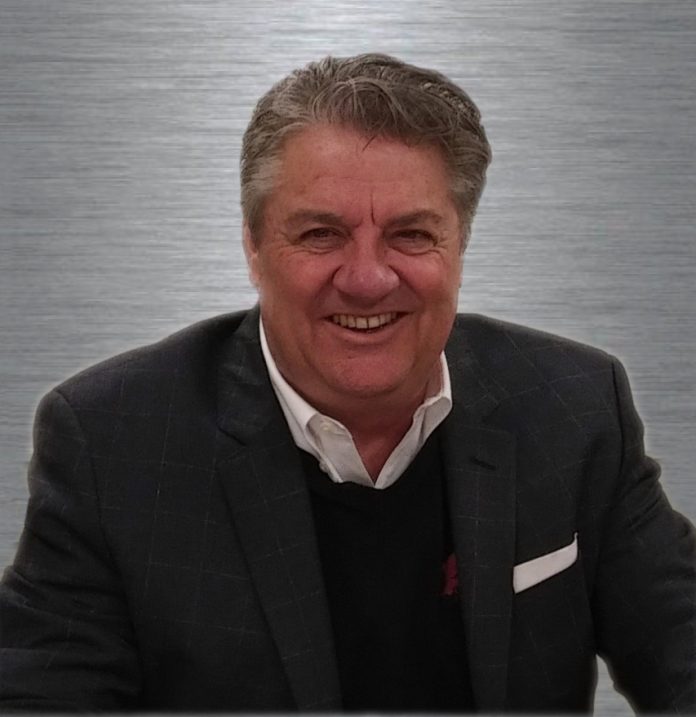 We have been commenting for several months about European record low sow cull prices, low feeder pig prices, and low slaughter hog prices. All leading to massive losses throughout when coupled with high feed prices. We expected a large sow herd liquidation was underway. There is no doubt now there are fewer market hogs in Europe. The one truth on supply-demand and market sentiment is hog prices. The graph below from pig333 shows Germany’s rise. 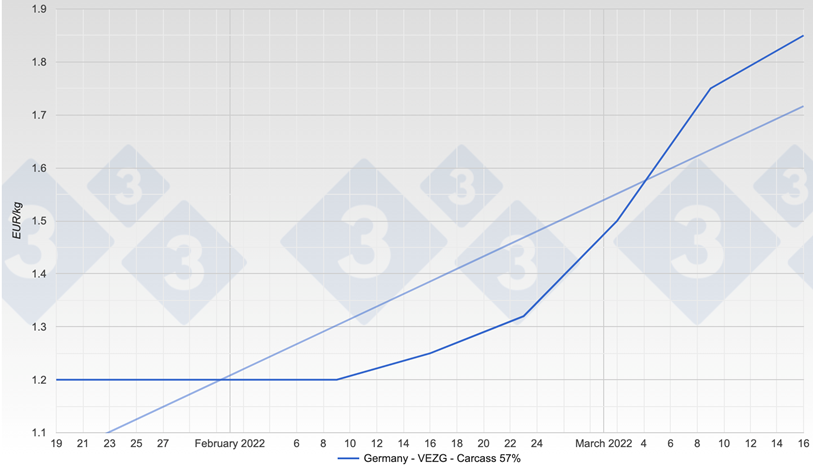 Germany’s market gained 33¢ lb. since February 9th, on a 215 lb. carcass, this is equal to $70 per head increase in 5 weeks. An explosion in prices, and hasn’t stopped yet! 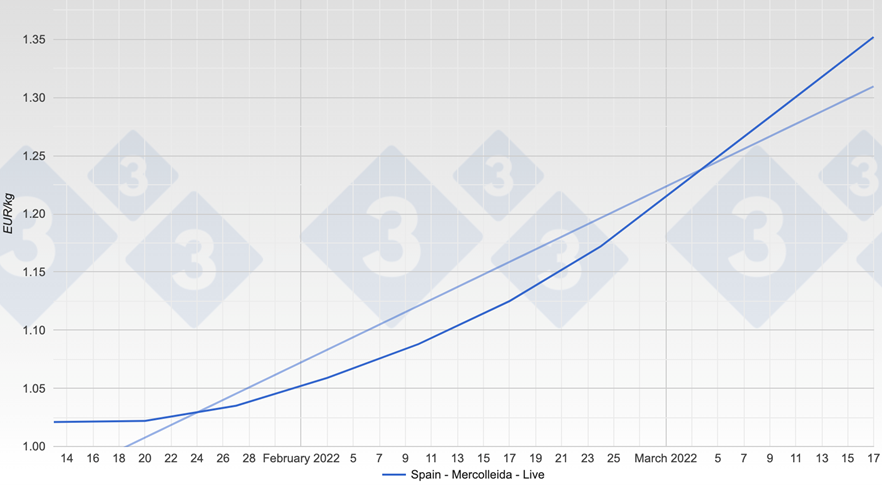 A 13¢ U.S. lb. liveweight increase on a 280 lb. pig makes $36 U.S. per head. The Mercolleida pricing system limits weekly price movements up or down. Germany has no such limits. We expect Spain’s price to continually rise.

Why does the European market matter to North America? Europe has over 10 million sows that produce pork that goes into the global pork market. If Europe has less pork and higher prices it will enhance competitiveness of US-Canada-Mexico exports.

Some other market indicators reflecting the explosiveness of the European market:

In 5 weeks, feeder pigs more than doubled. No one pays more than they have to.

For 18 weeks consecutive in Germany, cull price was at a historic low of 0.50 Euro/kg.

Sow prices more than doubled in 4 weeks. This tells us there was massive sow liquidation and now it has certainly slowed down.

Euro prices tell us lots. Market hogs, sows, and feeder pigs are all jumping higher. The liquidation caused by massive financial losses has cut production and we will see even lower as the liquidation cuts pig numbers further. We expect European prices will surpass record levels.

We do not believe the Lean Hog Futures have any premium in them related to Europe’s massive pork supply decline and hog price increase. It is beyond the vision of most commodity traders.

Europe’s price increase is certainly a welcome reprieve for producers there. It also will be supportive to US-Canada producers as it will enhance exports from both countries.

We have written for months about our expectation in 2022 that the Three Pillars of the world’s hog production China-Europe-North America will have major production declines in 2022 and that will lead to record high prices. So far: