The last great debacle the North American Industry had was in late 2008. Market Hogs got to 8₵ lb., too many Hogs for Packer Capacity, the price collapsed.

When the dust settled many of the largest producers i.e. Murphy Farms, Carrolls, Heartland, Premium Standard Farms, Purina etc. had new ownership structure or even bankruptcy. Scale can be a plus but also a curse. Losing $30-40 per head times lots of hogs means lots of money lost.

We have no idea the financial status of the current pork powerhouse group, but we expect there will be some change of ownership and structures over the next twelve months.

We believe the Canadian sow herd is also shrinking.

The curse of coronavirus continued last week with Smithfield – Sioux Falls and Tyson- Columbus Junction packing plants resulting in about 30,000 a day capacity lost. It also appears the other plants had slower line speed with daily slaughter totals around 45,000-50,000 lower than capacity. No doubt hogs are backing up.

Genesus sales teams in France, Spain, and the United Kingdom all reported last week that slaughter plants working, hogs moving, with hog prices in low 70₵ U.S. liveweight a lb. It’s interesting because all 3 countries have had per capita coronavirus deaths far greater than the U.S.

It appears many contracts for early weans, feeder pigs and even market hogs are being adjusted to the reality of prices, cash flow, and barn capacity. We expect this will continue.

There is talk about pigs being euthanized, not sure it’s happened or will but it is a sign of the current reality that it’s being discussed seriously.

When you review hog marketings, chickens, lower cattle slaughter numbers, there has been a rapid decrease in the total red meat and poultry supply.

What we are seeing is a decrease in total red meat and poultry production. The financial losses will, in our opinion, decrease total protein tonnage in future as all segments cut production.

It’s not hard to calculate close to a $1 billion decrease a week, currently in red meat and poultry sector revenue. The point is this is not just a pork sector calamity, it’s across all protein sectors (including dairy)

We hope a quick recovery from the coronavirus issue can happen. The longer it goes and society stays quasi paralysed, the worst the financial impact on the pork sector and much of the economy.

Some facts about deaths around the world from the World Meter Database
January 1 to April 18, 2020 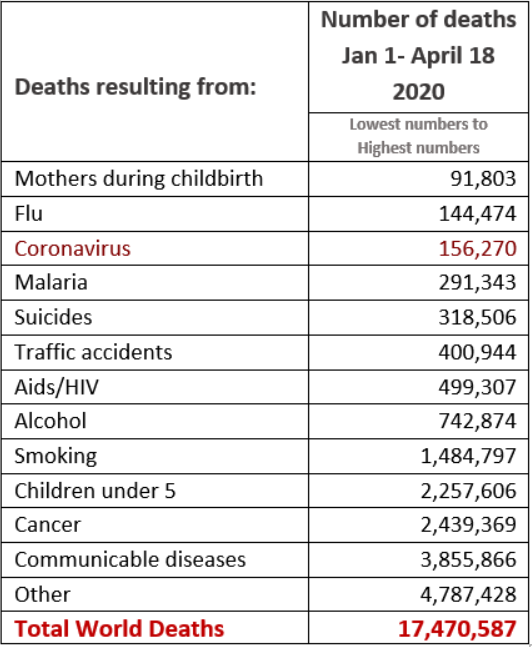 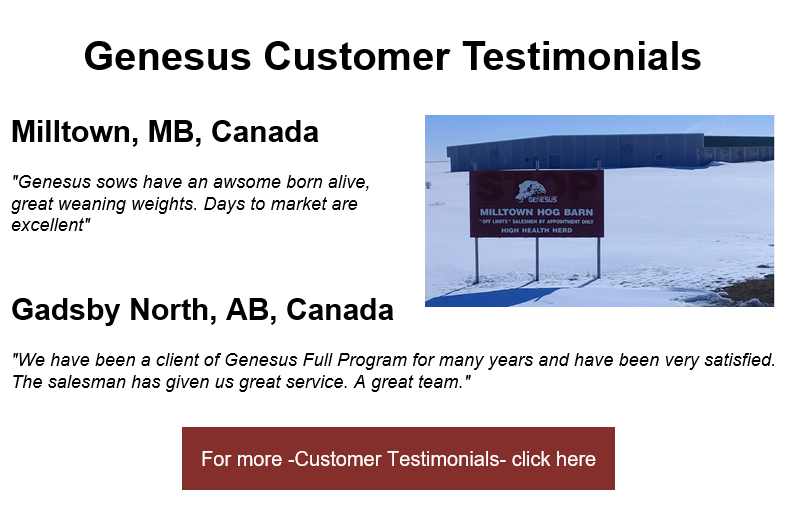