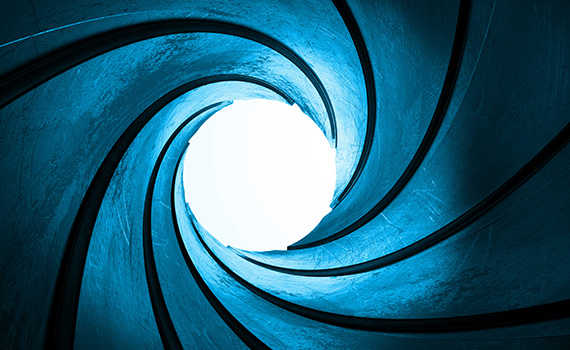 Multi-disciplinary collaboration by academia, industry partners and the veterinary community is improving the diagnostics for and management of Streptococcus suis (S. suis), a key endemic bacterial pathogen of pigs that causes septicemia, arthritis and meningitis. It also has an impact on animal well-being and productivity.

“The degree of pathogenicity for S. suis varies,” said Maria Jose Clavijo, DVM, PhD, who splits her time between Iowa State University and PIC. “You can have anything from a commensal organism all the way to a pathogenic one. There’s always the question of how pathogenic is the strain present in your herd.”

Speaking at the 2020 Carthage Swine Day, Clavijo added, “S. suis is also a primary driver for antimicrobial use, though the antimicrobial resistance conversation is complicated. One of the things we’re missing is important information on the ecology and epidemiology of the pathogens for which we use antimicrobials.”

Do we have a S. suis problem?

One of Clavijo’s PhD students, Ana Paula Silva, is investigating diagnostic trends of the top five swine endemic bacteria (S. suis, G. parasuis, M. hyorhinis, M. hyosynoviae and A. suis). The goal of the study is to describe the frequency of disease diagnosis for the agents using data from the ISU Veterinary Diagnostic Laboratory (VDL) over a 10-year period.

Results of the study demonstrate a marked increase in the annual detection and disease diagnosis of S. suis, Clavijo explained.

“If you compare 2015 and 2019, there were roughly two cases more per day in 2019 than there were in 2015,” she said. “We also can see the most frequently submitted tissue type. The majority of S. suis that we obtained were from the lung and the central nervous system.”

It’s important the appropriate samples are submitted to the laboratory, Clavijo said. Pigs can be colonized by a range of S. suis, so it’s important to collect samples from lesions rather than from tonsils, lungs or oral fluids.

“The take-home is that we might end up with a strain that isn’t necessarily the correct one, due to cross-contamination,” Clavijo said. “There are multiple commensal S. suis organisms that colonize pigs, and if these end up in one of the tissues as they’re collected or processed, we can misidentify the strain causing disease.”

The database allows for integration of three key pieces of information:

“All of this is possible through the effective collaboration of veterinarians, producers and diagnosticians that are not only supplying the isolates but also providing useful information that is integrated into the dataset,” Clavijo said.

Highlights of the data

The dataset can be divided into three groups:

Some S. suis can be difficult to identify, she added. One customer had sent in nine pigs, but the VDL was only able to collect the strain actually causing clinical disease in the population from one pig. “Some of these streps can be sneaky to detect, so it’s important for customers to submit multiple pigs and multiple tissues per outbreak or disease event,” she stressed.

This is a critical step in proper selection of autogenous vaccine candidates, if a producer chooses to use them. “Using this technology we have seen multiple cases where the strains included in the current vaccine did not align with the clinical isolates obtained from contemporary cases, evidencing that improvements in the vaccine selection process were warranted.”

Ultimately, improvements in vaccine selection should be measured by looking at efficacy in commercial settings.

“Some of these streps can be sneaky to detect, so it’s important for customers to submit multiple pigs and multiple tissues per outbreak or disease event,” she stressed.

“We’re still scratching the surface on the application of antimicrobial resistance (AMR) data obtained with these platforms; however, we have seen how the distributuion of AMR genes present in a strain, and correlation with clinical and susceptibility data can help identify the most suitable antimicrobial to use on farms and help track changes in prevalence of resistant genes,” Clavijo said.

Information generated from the dataset can aid in the identification of effective vaccine candidates, Clavijo said. Itcan support epidemiological investigations by identifying sources of introduction, risk factors for disease occurrence and novel transmission routes. The knowledge gained can help further refine biosecurity programs and reduce the spread of disease-associated strains.

“The ISU VDL has created a large, well-characterized database with isolates from US swine herds that is shared between swine veterinarians and producers,” Clavijo said. “Producers who utilize the database will receive information from their herds and will be able to compare those with contemporary and reference strains found in the database, providing important context. Our ongoing work helps determine the relevance of strains identified and tracks changes in spread and frequency.

“Ultimately, the use of next-generation sequencing will aid in the refinement of prevention and control strategies for these endemic pathogens,” she concluded.