The Iowa Occupational Safety and Health Administration closed its inquiry into the Tyson plant in Waterloo earlier this month without sanctioning the meat company.

County officials and workers have alleged that in March and part of April workers did not have adequate personal protective equipment to stop the spread of the virus and were not social distancing. The company says it has taken numerous safety steps since then, including requiring masks, screening for symptoms, and frequent testing.

Black Hawk County has said that more than 1,000 of the Waterloo plant’s 2,800 workers had tested positive for the virus or antibodies by early May.

The Associated Press has confirmed that at least five workers have died after getting the virus, most recently a 44-year-old maintenance worker who died on Memorial Day after a lengthy illness. The other deaths have included a 65-year-old laundry department worker, a 58-year-old Bosnian refugee, a 60-year-old Latino father and a refugee from Congo. 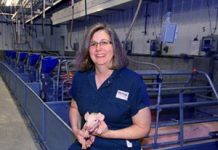 Merck Animal Health Awards Grant To U Of Nebraska Professor 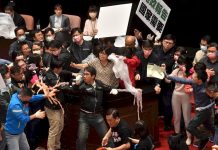 Premier: Taiwan will not force US companies to label pork with ractopamine