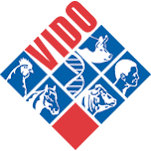 The administration of vaccines to sows and gilts along with the semen during artificial insemination is proving to be a viable alternative to the use of needles. Researchers with Vaccine and Infectious Disease Organization are evaluating the delivery of intrauterine vaccines administered to sows and gilts with the semen during artificial insemination to protect the piglet from disease. Dr. Heather Wilson, a research scientist with VIDO-InterVac, says sows and gilts are inseminated about two and a half times per year which is a nice spacing for vaccination.

Clip-Dr. Heather Wilson-Vaccine and Infectious Disease Organization:
We’ve gone through a couple of trials now. We know that if we just administer the vaccine into the uterus once, it’s not a very strong response which isn’t surprising. Most vaccines, usually you need a booster response before you get a really good vaccine response, which means that we’re looking at protecting against PEDv in the second pregnancy. We’ve done three vaccines into the uterus so far and we showed we get very nice neutralising antibodies in the colostrum and we’re actually showing some disease protection for those piglets if they get exposed to PEDv which is really exciting. We’re getting a good vaccine response, we’re showing passive protection to the piglets, we’re showing neutralising antibodies in the colostrum and now we just need to play with the adjuvants, which are vaccine components, so we can actually get an even better response and being very cognisant that we’re not affecting sperm function or fertility at all, so just making it a little bit stronger and 100 percent protecting those piglets would be our goal.

Dr. Wilson says the intent is to show the intrauterine vaccine administered at breeding will protect the piglets three to four months later, once they’ve farrowed and are suckling and the next step would be to have an intrauterine vaccine that protects the mom against a reproductive disease like PRRS.