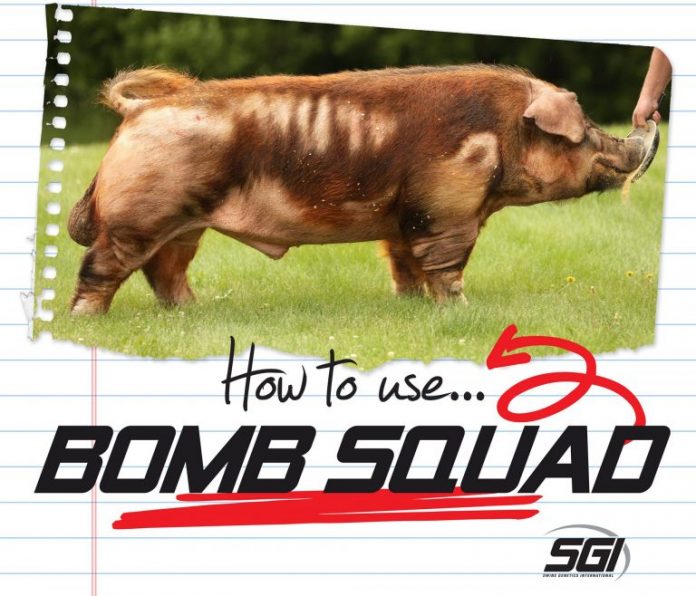 BOMB SQUAD has earned the designation of consistency through his 4th crop of pigs. Breeder’s from all over the country have experienced his ability to add stoutness and power without sacrificing function and build. His list of accomplishments is long, and his popularity at the boar stud has him positioned to make a big impact moving forward. He’s racked up big wins from Pennsylvania to California and Texas to Minnesota, and has signature wins at Denver, OYE, San Antonio, LSU and several Midwest State Fairs to his name. The Duroc sows behind Bomb Squad are the very best at Lettow Showpigs. With BOMB SQUAD daughters now in production, we’ve gotten continued feedback about their elite ability in the farrowing crate – the mark of a true herd boar.

The playbook: We’ve been impressed with BOMB SQUAD’s breeding versatility, but still maintain that his very best fit is on good looking females that possess good shape up-high. He will consistently put a big, secure foot into his pigs, they’ll be round ribbed and the right length of body. BOMB SQUAD’s ability to consistently do these things has been nearly unmatched in the Duroc breed over the past couple of years. Leverage BOMB SQUAD to build better pigs. The best is yet to come!