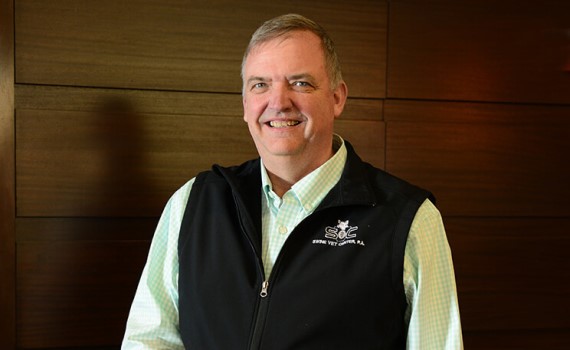 Sow reproductive performance drops off in the summer, and this year will be no different, according to Paul Yeske, DVM, Swine Vet Center, St. Peter, Minnesota.

“We typically see reproductive performance drop off as we get to week 29 through 40,” he said. “With hot weather in late May and early June, we may see it a little quicker than normal for us in the upper Midwest.”

To minimize the impact of seasonal infertility, Yeske recommends producers take steps to keep November and December farrowing numbers up.

One main cause of seasonal infertility is overall environmental temperature, which can be handled several ways.

“Mitigation steps include increasing ventilation rates and using evaporative cooling like cool cells, drip coolers or misters or a combination to keep sows as comfortable as possible,” Yeske said.

“Typically, we see in this period more 21-day returns to heat, so sows are not conceiving as well,” he explained.

“In the past, those numbers would be more exaggerated. Today, they are in the range of 2% to 5% and not a huge number, but it does show up this time of year.”

The other cause of seasonal infertility is the change in day length.

“As day length shortens, the sows don’t want to be pregnant and farrow in the middle of the winter,” Yeske said.

“We see more irregular recycles. The sows were pregnant, and they either lose the pregnancy or reabsorb the litters.

“We want to be sure to identify these animals and decide if we are either going to get them rebred and back into the system, or cull them because performance is low,” he added. “We don’t want them sitting around taking up space and time.”

Yeske recommends heat checking early, because there are more 21-day recycles, and being diligent with second pregnancy checks around 50 to 60 days to pick up early pregnancy losses.

“Historically, we would see some sows not-in-pig as we get to November when those animals should be farrowing,” he explained.

“If we can get them identified now, then we don’t have them tie up space until November or December and not have litters.”

Some farms use lighting to help counter the changes in length of daylight. Timers keep lights on up to 16 hours a day in a bid to mimic the longest day of the year.

The impact of this lighting is hard to say for sure, but Yeske said many farms use this approach and it isn’t hard to do.

Another option for minimizing seasonal infertility is to breed more animals if you have the room to do so.

“Farms will use their historical information to compensate by breeding, in general, 2% to 3% more animals, depending on what they’ve seen in the past,” Yeske explained.

Seasonal infertility used to be a much larger issue when boar services were required.

“Boars would get heat stressed, and semen quality would go down,” he said. “With nearly everything switching over to artificial insemination, we’ve been able to mitigate that issue.

“But seasonal infertility still shows up every year,” he added. “While the losses aren’t big, there are always some…so the quicker we get them identified, the quicker we can get animals bred back and into the system and be as efficient as possible.”