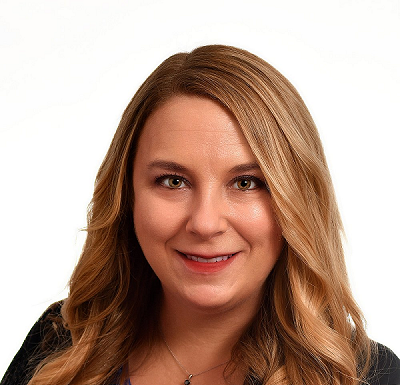 n October 2022, the Supreme Court of the United States held oral arguments over California’s Prop 12 law which dictates how breeding pigs must be housed for their pork to be sold into the state. But why were the Justices asking the attorneys about California’s morals? And why did it feel like the Justices had a lot more on their minds other than agriculture? Let’s dive in.

As a recap, in 2018 California voters passed Prop 12, which bans the sale of pork from hogs that don’t meet the state’s production standards (the law would also have implications for eggs and poultry). Other states also have passed laws which threaten livestock agriculture. American Farm Bureau and National Pork Producers Council lead the charge against Prop 12. The question is whether the law violates the “Dormant Commerce Clause,” which prohibits states from burdening interstate commerce. NPPC argued Prop 12 is problematic against other states because it requires other states to comply with California standards but provides no benefit to local interests. California claimed voters supported Prop 12 and are willing to pay higher costs for pork to meet its standards because they have a moral objection to the way pork is normally produced. California counsel argued voters could pass laws restricting interstate commerce if the voters thought they were addressing an immoral practice. The problem, of course, is who decides what is “moral”?

During the argument on October 11, the justices questioned attorneys for both sides. Some members of the Court seemed to be looking for a Dormant Commerce Clause test that could apply not just to Prop 12, but also to state statutes in all sorts of situations from immigration to water usage to labor unions to health care. Justices asked how this law was different from California air emissions standards. Could a state worried about water usage pass a law prohibiting almonds derived from irrigated trees? The Court wondered aloud about potential future state efforts to ban products from out-of-state companies that employ unauthorized immigrants, ban labor unions, or refuse to support certain types of health care.

Chief Justice Roberts pointed out a problem with California’s “morality” argument—what if Indiana and California voters have different views of morality when it comes to animal production? “People in some states…may think there’s a moral value in providing a low-cost source of protein to people maybe particularly at times of rising food prices,” Roberts said. Why should California’s morals prevail over Iowa’s? Farmers in many of the 49 other states feel a moral perogative to safely raise hogs and provide food for others. States that produce most of the nation’s pork of course would feel the most impact of Prop 12, but California voters got to decide the law. Is this fair? The newest member of the Court—Justice Jackson—asked why California couldn’t address its “morality” issues in a way that created less of a burden on other states’ citizens. Justice Barrett pointed out that California was basing its law on morality, which depended on cultural traditions and history of the people (familiar themes to anyone who read the recent Dobbs decision overturning Roe v. Wade). Even Justice Thomas—until recently known for asking few if any questions at oral argument—pushed counsel to really define what “morality” or “morals” really meant.

There also was a lot of discussion about whether Prop 12 ran counter to the Founders’ goal of preventing “Balkanization” or fragmentation of trade within the U.S. This case was particularly interesting in that it made for some perhaps surprising allies. Some conservative justices seemed inclined to uphold the law, while other liberal justices might have been looking for a way to strike down California’s law. The Biden Administration filed a brief in support of the pork producers, saying that if Prop 12 was allowed to stand, it could mean states passing discriminatory laws burdening interstate commerce based on political differences between states.

So, somehow this case about pork production involved an awful lot of questions about states’ rights and a state’s ability to impose its morals on people who didn’t live there. As other high profile social (moral?) issue cases have been and are being decided by the Supreme Court, I wonder whether we will look back at the Prop 12 oral argument as one which gave us clues to how the Court’s members were thinking. We won’t get a ruling on Prop 12 until the spring or summer of 2023, so we have plenty of time to wonder.