For humans, an apple a day may keep the doctor away, but keeping your pigs disease-free is a bit more involved. The research community understands that, and has responded by working feverishly to address swine health issues. While each project has a unique focus, they’re all aimed at keeping pigs in the pink of health and your business squarely in the black.

With genetic advances coming at a dizzying pace these days, our “brave new world” has struck fear in some corners. Those in the know, however, understand the potential benefits of genomics for a wide range of applications. For pork producers, the most notable of these may be improving disease resilience in pigs.

This is a field where knowledge truly is power, so grasping the possibilities begins with defining some key terms:

Genomics: An interdisciplinary field of science focusing on the structure, function, evolution, mapping, and editing of genomes.

Genome: An organism’s complete set of DNA, including all of its genes.

Resilience: The ability of an animal to respond to any disease challenge in a way that minimizes its impact.

The importance of resilience cannot be overstated. Disease will forever be a reality, so there will always be sick pigs. Through enhanced resilience, pigs can more easily cope with a disease challenge and recover faster.

We all know someone who barely misses work with the flu, while their co-worker is out for weeks with the same condition. Science has already established that genetics plays a role in disease resilience or susceptibility. The focus now is on what separates the animal who recovers quickly from the one that takes the animal equivalent of numerous sick days. Genetically speaking, what makes the resilient pig so resilient?

The sooner researchers answer that question, the sooner they’ll help sick pigs bounce back and keep production losses, and producer stress, to a minimum.

Like genomics, serologic testing involves complex terminology, but its importance is easy to define: you can’t address what you’re not aware of.

Serology is the scientific study of blood serum, especially with regard to the response of the immune system to pathogens. Serologic testing identifies the antibodies produced by animals that are present in blood, oral fluids or milk, and are used to fight infection.

At present, labs must use a separate assay or test for each disease-carrying virus or bacteria. Unfortunately, this wastes a lot of time and money, the two things producers have in limited quantities. It’s a dilemma that sparked the basic question underlying much of research: What if it didn’t have to be that way?

The answer may be found in a single test that detects several key swine pathogens simultaneously, including Porcine Reproductive and Respiratory Syndrome Virus (PRRSV) type 1 and 2, Porcine Circovirus type 2 (PCV2) and Swine Influenza Virus (SIV). Early results suggest this approach is as accurate as the standard serologic test, but could achieve in one procedure what used to take four; you don’t need to crunch any numbers to see the benefit of that.

From grain prices to consumer preferences, much is out of the producer’s control. As a result, it’s vital that they influence what they can, as much as they can. By finding ways to test more effectively for disease and help pigs fend it off or minimize its impact, research is empowering producers and giving them the last word on the health of their animals and their industry. 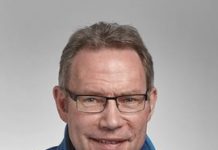