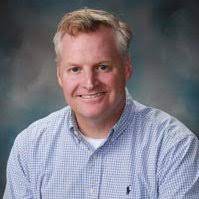 Reuters writer Karl Plume reported this week that, “U.S. soybean exports jumped last week to a six-month peak, while corn shipments were the highest in a month as Louisiana Gulf Coast terminals steadily ramped up operations disrupted nearly a month ago by Hurricane Ida, preliminary data showed on Monday.

“The export pace remained well below normal for this time of year as some terminals remain shuttered or running at reduced capacity after the storm flooded and damaged some facilities and wrecked the region’s power grid.”

Mr. Plume explained that, “On Monday, grain merchant Archer-Daniels-Midland Co said its Ama and Reserve, Louisiana, terminals and mid-river loading rigs were fully operational, while its facility in Destrehan will be by the end of the week. Bunge Ltd’s, Destrehan terminal was also fully operational after running only ‘intermittently’ last week, a company spokesperson said.”

The Reuters article added that, “Almost a month into the 2021/22 marketing year that began Sept. 1, corn inspections are at less than half of last year’s pace, and soybean inspections are at just a fifth of the year-ago rate, according to USDA data.”

And Dow Jones writer Kirk Maltais reported this week that,

After being down in recent weeks because of port closures on the Gulf, grain export inspections are making a comeback, according to data from the USDA.

“Nearly half of this week’s soybean figure was destined for China, with other leading countries being Japan and Mexico,” the Dow Jones article said.

Meanwhile, Bloomberg writer Kim Chipman reported late last week that, “Shipments from a U.S. West Coast terminal that handles almost 20% of the nation’s soybean meal exports have been curbed while damage from a crane collapse earlier this month is repaired, marking the latest setback to global trade flows.

“A loading boom at farm cooperative Ag Processing Inc.’s export facility in Aberdeen, Washington, fell Sept. 1 as a bulk carrier was being loaded, according to a person familiar with the matter and a shipping agent notice to customers seen by Bloomberg. The damage could take months to repair, according to the notice.”

“Pork prices in the world’s biggest market have tumbled more than 56% since January, after two years in which many of China’s hog farmers were struggling to control the spread of African swine fever.”

The Journal article stated that, “Chinese farmers spent much of last year rebuilding their herds, before domestic pork supplies normalized and prices began sliding. China’s hog population now stands at about 439 million, up from 370 million last year. In September, the wholesale price of pork was 20.24 yuan, the equivalent of $3.13 a kilogram, its lowest level this year, according to data provider Wind.”

The article added that, “Pork has long been a major source of protein in China. But a shortage and soaring prices in previous years—as African swine fever became the country’s worst outbreak of a livestock disease in decades—have changed behavior. When prices were at their peak, people switched to alternatives like poultry and fish, [Darin Friedrichs, senior Asia commodity analyst at StoneX] said.”

“In an interim plan for hog breeding capacity, the Ministry of Agriculture and Rural Affairs said the target for the sow herd was now around 41 million head for 2021-2025 and should be no lower than 37 million head.

“Previous guidelines jointly issued by the agriculture ministry, state planner and other authorities last month set the target at between 40 million to 43 million head.”

MAP OF THE DAY: At least 20 Chinese provinces and regions making up more than 66% of the country’s GDP have announced some form of power cuts. Guangdong province, the southern industrial hub, is cutting ~10% of its peak power demand | #ChinaEnergyCrunch #CommodityInflation pic.twitter.com/8KJAqb5WzU

And a separate Reuters article this week reported that, “China’s corn prices are likely to fall in 2021/22 on good supplies of feed grains in the new year and expectations of a bumper harvest from the new corn crop, an analyst from a government institute said on Tuesday.

‘Li Xigui, from the China National Grain and Oils Information Center, said in a live streamed talk that stocks of feed wheat and rice were plentiful, and that grain imports would remain at high levels in the new year.”