As we move away from the preventive use of antimicrobials for enteric disease in post-wean pigs there has been more dependence on the inclusion of heavy metal ions such as zinc, copper, prebiotics or probiotics in post-wean rations. For several decades the feeding of high levels of zinc (2000 ppm +) has been used to reduce the risk of scours and improve growth rates.

In the European Union there has been concern about the accumulation of zinc in the soil where manure from pigs fed high zinc rations is applied to the land. This does appear to be an issue in Europe because levels of zinc in soil are naturally very high to begin with. In contrast, the zinc levels in soil in Canada are naturally low and almost deficient. Added zinc from high zinc rations should not be a problem in Canada.

Some recent studies have suggested that feeding high dietary zinc levels will increase the proportion of multi-drug resistant E. coli in the gut. The underlying mechanisms of zinc effects on resistant bacteria remains unclear, but co-selection processes for anti-microbial resistance is one suggested explanation of this proposed interaction. These German researchers wanted to determine whether E. coli isolates from intestinal contents of piglets that had been supplemented with high concentrations of zinc acquired a higher tolerance towards zinc, and whether multi-drug resistant isolates seemed to develop higher tolerance for zinc concentrations.

The researchers found that: 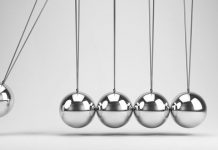