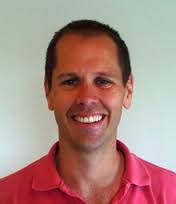 Influenza is a major cause of mortality and morbidity in both pigs and people on a worldwide basis. Swine Influenza Virus (SwIV) are swine host adapted viruses that can infect both pigs and people. These SwIV are commonly found in commercial pig populations in Europe and North America. The dynamics of SwIV infection and transmission in individual hosts has not been well defined. Researchers at the University of Edinburgh and the Pirbright Institute wanted to create an experimental model that demonstrated transmission of SwIV by using the H1N1pdm09 pandemic influenza A virus in a transmission model for pigs. The experimental design allowed the researchers to observe individual transmission events occurring within sequential singular 18 hour windows of contact between a donor pig and a potential recipient pig.

Interestingly the researchers used a seeder pig model to create the donor pigs. The seeder pigs were intranasally inoculated with reconstituted Influenza virus and then exposed in a one on one situation with a naive pig to create a virus positive Donor pig. This extra step was used to create the Donor pig because intranasal inoculation resulted in a very quick onset of viral shedding and an unusually high virus titer during shedding which would not have been representative of a real world influenza outbreak and transmission rates in a commercial setting.