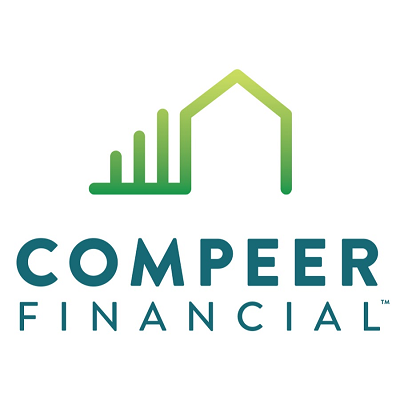 From input costs, to inflation, to rising interest rates, U.S. farmers are feeling the impact of geo-political issues like never before. Top it off with the volatile situation in the Ukraine, and uncertainty is off the charts.

There’s little doubt the war between Russia and the Ukraine is going to impact ag commodities; wheat, corn and soybeans, in particular. When it comes to corn, the Ukraine, typically represents about 15% of global exports across the globe.  At the beginning of the invasion, they had 600 million bushels sitting in storage that can’t exit the country.   It’s unclear what has happened to that supply today.

It is probably safe to assume that the 2022 crop year in the Ukraine will be a wash out – at least in terms of exports. Most of what they manage to grow will likely remain in their country to feed their own citizens. That, coupled with a seriously disrupted exporting infrastructure will keep Ukrainian grains off the global stage for the near future.

That being said, the situation does position the U.S. farmer to pick up the trade gap. Meaning the U.S. could end up supplying 600-800-billion-bushel deficit.

While South America can also compete for that market, the U.S. farmer mostly has nitrogen on hand, whereas South America, which gets 95% of their fertilizers from Russia, has not even sourced it yet. This combination could easily result in a multi-year event in the grain market.

Fertilizer costs were already up by about 50-60% for 2022 if you bought in 2021.  Today, they’re already an additional 50-75% higher than last year. The question is: how much of that will get factored into next year’s buying patterns? And, are farmers going to be willing to lock in fertilizer prices at $1500/ton? It’s likely we’ll see people wait out the buying process this year to see if prices come down, and if they don’t, they may decide to cut back on nitrogen, in particular.

The market pricing today reflects the idea that the conflict in the Ukraine will be an extended conflict and that the U.S. will supply for that grain shortage. But even after a truce is called, will Russia leave the Ukraine? If so, how long will the sanctions last? Another 2-3 years is not out of the realm of possibility.

We are encouraging our clients to develop a marketing plan to position your business for uncertainty and volatility. Most inputs are paid for today for the 2022-23 crop year and 2022 looks to be in pretty decent shape. What will be interesting is when 2023 plans start and how things will evolve.

There is a spotlight right now on inflation. The latest numbers indicate that we’re running at about 8% inflation this year. The average U.S. consumer has experienced a price increase of about $5200/year, mostly as a result of increased food and energy costs. Most making predictions are saying inflation will roll down to 4, 5, or 6% in the next two years. Meaning it will continue to grow, but at a slower rate.

There is a risk. If we can’t get inflation under control, it could mean a wide range of different things for the U.S. ag community. Inputs will be a major influence. In the past few years, fertilizer has gone from $150/ and acre to $260-280/and acre. If North American producers can ramp up production quickly, that could provide some relief However, at some point the, U.S. consumer is going to feel the impact.

In order to tame the recent inflationary trend, the Federal Reserve began tightening policy with a 0.25% increase to short-term interest rates in March. The Fed themselves project the need for an additional 1.50% increase over the remainder of the year while the market is pricing in over 2.00% of additional increases. This is an extremely quick about-face from a Federal Reserve that threw the proverbial kitchen sink at the U.S. Economy and financial system over the course of the past two years.

Raising interest rates is done in effort to dampen consumer and business spending therefore reducing pressure on the demand side of the supply/demand inflation equation.   Unfortunately, raising rates has no impact on the supply side of that equation which continues to be rattled by COVID and war induced disruptions. Therefore, inflation may prove to be a tough adversary for the Fed.

The million-dollar question today is: can the U.S. economy handle such a drastic increase in borrowing costs without being pushed into a recession? The economy has bounced back extremely well from the COVID recession of 2020. Growth finished 2021 at a very strong 5.7% and consumer’s balance sheets are well positioned to continue pushing the economy forward over the short run. However, one must ask how long that can be sustained when faced with such drastic increases in living expenses paired with 2022’s pull back in both fiscal and monetary stimulus.

Many are looking at tea leaves for signs of a near term recession. For example, one indicator watched closely is shape of the yield curve. Yield curve inversion, or when short-term rates are higher than long-term rates, has historically been a very reliable predictor of impending recession. This in fact occurred, albeit very short lived, in early April!

That being said, people feel reasonably good about the short term, but rightfully have some concerns for the medium term, and – ultimately — the long term. The ag industry will likely have a pretty decent 2022, which will, at least, give us a runway to figure things out should 2023 and beyond become more challenging.