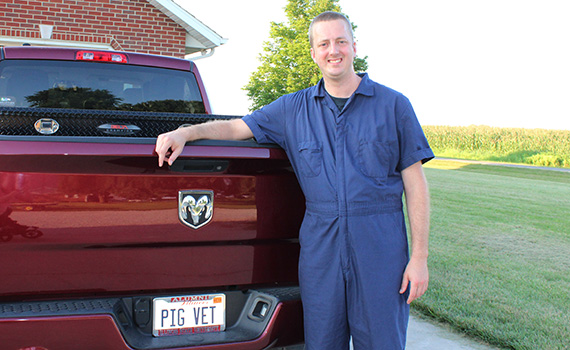 Getting pigs off to a good start is both an art and science, and even under the best of circumstances it can be challenging. For many producers, it was even more challenging in 2020 with marketing constraints due to COVID-19. Producers were placing weaned pigs in barns that might not normally be used for young pigs, said Will Fombelle, DVM, with Carthage Veterinary Service. Additionally, barns that were previously single-stocked have been forced to go to double- or, in some cases, triple-stocked. Fombelle offered five ways for producers to maximize their efforts during the critical weaning period in a presentation at the 2020 Carthage Veterinary Swine Conference.

Fombelle said veterinarians and producers should look at five key areas when it comes to getting pigs off to a healthy start: individual pig care, feed, air, water and stocking density. He considered the first factor to be the most important.

“This is the biggest opportunity to get weaned pigs off to a good start,” Fombelle said. “The day-to-day activity of what we do in the barns is critical.”

He said, ideally, caregivers should be in the barn three to four times a day during the first 2 weeks.

“We focus on walking every single pen, getting the pigs stirred up and making sure they’re getting feed and water,” he said. “Remember, those pigs are used to mom calling them several times per day. Now that she’s not around, you have to mimic that influence.”

Caregivers should look at the pigs’ bellies during the first week or two.

“If the pig has a nice full belly, you won’t need to worry too much about it, but the ones that look gaunt might not have found the feeders yet,” Fombelle said. “Those are the ones you need to focus on.”

Sometimes the pigs that appear empty that first week are perfectly healthy and active; they just haven’t found the feeder yet, Fombelle pointed out.

“Pull pigs to the ICU where you can spend more time with them and get them on gruel feed,” he advised. “This is especially important during the first few days in the nursery. Make sure you have adequate water accessibility for the pigs and treat them as needed, following veterinary oversight. Make sure you have adequate space for mat-feeding and so pigs can get on the mat at night and away from drafts to stay warm.”

He said mats are usually 4 feet by 6 feet, and industry standards recommend one mat per 60 head. “Keep that in mind when you’re setting up new barns,” he added.

Feed availability and feed quality are important components in starting weaned pigs effectively, Fombelle said. He uses guidelines set forth in the PIC wean-to-finish manual, which recommend 1 inch of feeder space per head in the nursery phase.

“If you have 50 pigs per pen, you need 50 inches of linear feed space per pen for adequate feed intake and accessibility,” he said. “Also, we recommend 50% to 60% pan coverage of feed, especially the first week or 10 days, so pigs can find the feed. We can take that down to about 40% once they get started.”

In terms of feed quality, Fombelle recommends a particle size of less than 600 microns, because if it is too big or too small, it directly correlates to feed efficiency decreases.

“Every 100-micron increase is between a 1% and 3% increase in feed conversion (meaning it takes more feed to put on a pound of gain). In terms of corn grind, we want corn to be ground between 400 and 600 microns,” he said.

“We think of air in terms of temperature and humidity, air speed and total volume,” Fombelle said. “I’m not going to tell you what temperature your barn should be because it depends on the type of barn in which you’re putting the pigs.”

Questions to consider include:

“We need to keep humidity consistent, regardless of the type of barn,” he said. “Between 50% to 65% relative humidity is recommended. If your humidity is over 65%, then you’re not pulling enough air through the barn. On the flip side, if you’re at 50% or under, you’re probably pulling too much air into the barn too quickly, and you’re at risk of chilling the pigs.”

Fombelle recommends air speed at 600 cubic feet per minute, adding, “If it’s too low, the air will come from the ceiling units and fall directly onto the pigs, leaving wet slats and cold pigs. Between 500 and 600 feet per minute at minimum, with fans on about 60% of the time gets air moving and off of pigs.”

Total air volume or cubic feet per minute (CFM) should be about 2 CFMs per weaned pig, Fombelle said. However, if pigs are double-stocked, it will need to be higher.

In considering nipples versus cups, Fombelle’s experience is that hanging nipples waste a bit more water, which is a factor especially when water medications are added to the system.

“Keep in mind water space, too,” he said. “A hanging nipple tree counts as one water source, even if it has two nipples. Usually you’ll see just one pig drinking at a time. The same is true with wet-dry nipples ⸺ each nipple counts as one source. For example, if you have a three-hole wet/dry feeder on a feed line that separates two pens, it’s really 1 ½ nipples for each pen. Make sure you’re not double-counting that one nipple for two pens because the nipple only has a certain volume coming through it for the recommended number of pigs.”

“We also want to make sure we have enough water pressure to get the needed volume to the pigs but not so much pressure that we’re scaring them away from the water,” he said. “As pigs get older and stocking density increases, water pressure should be 12 to 15 pounds of force per square inch.”

Additional options include moveable water bars (a PVC water line with a 90-degree elbow). It is easily moveable between rooms, Fombelle said, and can either be homemade or purchased commercially.

“They can be washed and disinfected, then moved between rooms or barns,” he explained. “They’re perfect for double-stocked or outdated rooms to get increased water to the pigs.”

Density in a barn depends on nursery timing and whether pigs will be single- or double-stocked.

Pen allocation is based on wean age and health status. Fombelle likes to pull 10% of the smallest pigs off the bottom of each group, regardless of health status, because they are more likely to be fall-outs.

“You may only need 5% of the pigs allocated [to be pulled out], depending on the general health of the pigs in the nursery,” he said.

He places the ICU pens in the middle of the barn ⸺ away from fans and the tunnel curtain ⸺ and under box heaters in the barn. This allows caregivers to spend extra time with the pigs by giving them gruel and a bigger allocation of nursery feed.

Following these steps will help veterinarians and producers get pigs off to a healthy start and potentially raise the percentage of viable pigs that go to market. 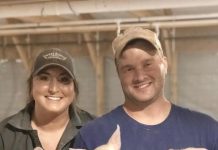 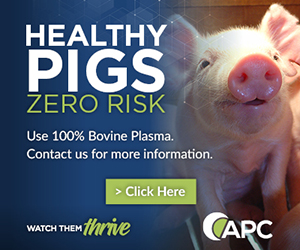