The investigation of Porcine Reproductive and Respiratory Syndrome virus (PRRSV) outbreaks routinely involves PRRSV gene sequencing and comparison to other local strains. Considerable effort is made to characterize the  disease  causing  abilities  of  various  families  of PRRSV that are active within a region. Knowing the disease causing capabilities of the PRRSV that you are dealing with can help in deciding the best course of  action  for  disease  management.  From  time  to time  we  do  see  that  even  though  some  PRRSV strains  are  very  closely  related  or “homologous” they do not seem to cause the same level of disease. In  general,  the  variation  in  the  severity  of  disease associated  with  infection  by  any  particular  PRRS virus  can  be associated with  a variety  of  host  and virus  factors. Some  pigs  are  genetically  more capable  of  controlling  the  infection.  Some  farms have  a  greater  number  of  problematic  concurrent diseases   that   can   increase   mortality   rates. Researchers wanted to examine the possibility that two closely related PRRSV isolates had differences in  their  genetic  makeup  that  could  explain  the difference  in  severity  of  disease. In  2017,  two PRRSV variants were identified. One variant came from a farm that was experiencing severe abortion while  a  second  variant  came  from  a  clinically healthy  farm.  The  viruses  were  isolated  and denominated as XJ17-5 and JSTZ1712-12.

Even with two PRRSV isolates that are 99.45 similar  some  very  small  genetic  differences can  create  very  big  differences  in  disease causing abilities of the individual viruses.

Some Audits are a Good Thing…Really! By Geoff Geddes, for Swine Innovation Porc 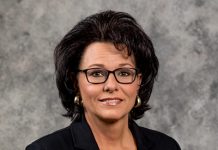