We know that pigs and people are quite capable of harbouring influenza A viruses of swine. human and avian origin in their respiratory tracts. This adaptability allows for a host carrying multiple viruses at the same time and this may facilitate the generation of “novel” influenza viruses with pandemic potential through genetic reassortment between the comingled viruses. These researchers wanted to investigate the effect of viral component sourcing on virulence of the newly generated influenza virus . 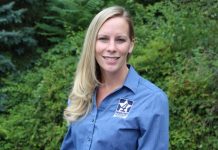 What You Can Do About Rural Mental Health For Yourself and Others, By Pork Producer Wanda Patsche