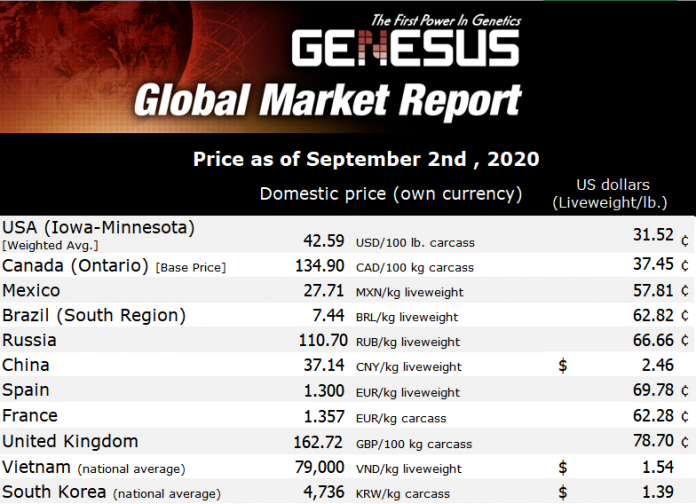 Thailand’s live pig exports doubled. Live pig exports from Thailand to neighboring countries from January to July 2020 have doubled to 1.46 million heads valued at US$ 309 million year-on-year, according to official statistics. Shortage of pork in Vietnam is driving the growth as it is sourcing the pigs from Thailand through Cambodia and Laos.

Nearly 80% of the pigs or 1,154,255 heads exported from Thailand during the first seven months of the year were destined for Cambodia valued at US$ 247.64 million. Although no record available, it is understood that most of the pigs shipped from Thailand to Cambodia and moved further to Vietnam.

Thailand exported 150,636 pigs in Laos worth US$ 26.8 million during the period. Similar to Cambodia, most of the pigs landed in Laos are expected to ship further to Vietnam.

Meanwhile, Myanmar imported a total of 90,259 pigs worth US$ 17.7 million from Thailand in the same period. Half of the pigs shipped from Thailand to Myanmar were piglets weight 16-26kg.

The jump in live pig exports has pushed the local pig price over 20% year-on-year. Although the government fixed the local pig price at USD 2.6/kg, no one wants to sell at this price as exporters offered them up to USD 2.75/kg and above. Even so, the export price is higher, reaching USD 3.1 per live kilogram when includes costs of transportation, documentation, and veterinary inspection.

Under a requirement of the Vietnamese government, 5% of the pigs exported from Thailand have to be tested for ASF, Brucellosis, and Leptospirosis diseases together with banned growth promotor namely beta-agonist. The test has to be conducted by official laboratories of the Department of Livestock Development (DLD). This costs the exporter about USD 65/pig tested.

According to DLD, Thailand produced 22.53 million pigs in 2019 and about 3.5% of which was exported. The production this year is expected to be in line with the previous year. 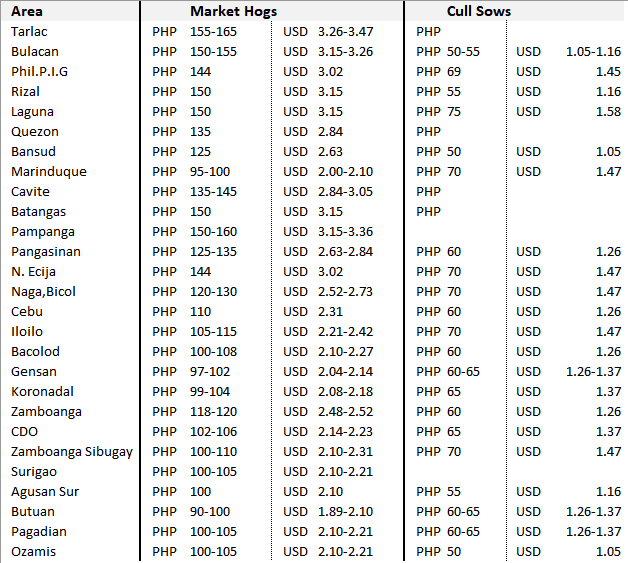 Vietnam’s shift from a centrally planned to a market economy has transformed the country from one of the poorest in the world into a lower middle-income country. Vietnam is now considered one of the most dynamic emerging countries in East Asia and one of the greatest development success stories of our time.

According to the Department of Livestock Production, during the first 6 months of 2020 pig inventory decreased by 6% compared with the same period of last year. According to Mrs. Nguyen Dang Vang, Chairman of Animal Husbandry Association of Vietnam: currently, pork accounts for 70% of total meat consumed daily by the Vietnamese and ranked 7th in the world in regards to per capita pork consumption.

In the context of competitive integration in the market, this requires meat food hygiene and safety to ensure consumers’ health protection, and confidence. The value chain production results were evaluated and are an important solution for modern industry development and sustainable husbandry in Vietnam.

During the first 6 months of 2020 Vietnams’ import of swine breeding stock increased by 32.6 times compared to the same period in 2019. The cost of pigs purchased for finishing is 48,412 VND or US$ 2.08 per live kg for feeder pigs and 70,999 VND or US$ 3.06 for weaned piglets weighing around 7kgs. (source: Vietnamese Department of Livestock Production)

Get acquainted with the
Global Mega Producer

A program of recognition led by National Hog Farmer and sponsored by Genesus Inc.

From its beginning in 1998 a lot has changed for the company. Today operations extend from Wyoming to Indiana with International business diversity. Having a sustainable strategic plan, Land/Crops, Nutrient supply and Pigs, has always been a company goal.

Today 30% of the company needs are supplied within. Maintaining and achieving high health herds is also part of the plan.

“Our employees are the reason we have been successful. I cannot imagine another group that has preformed at their very best with all of todays happenings”
– states Brad Freking, Owner NFP.

Let us congratulate New Fashion Pork for being part of the Global Mega Producers. 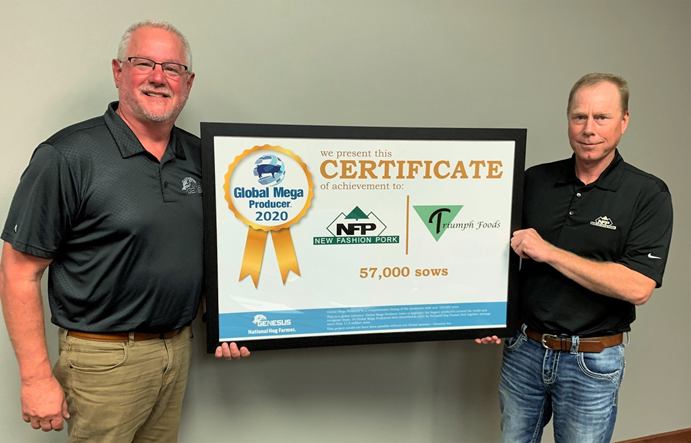