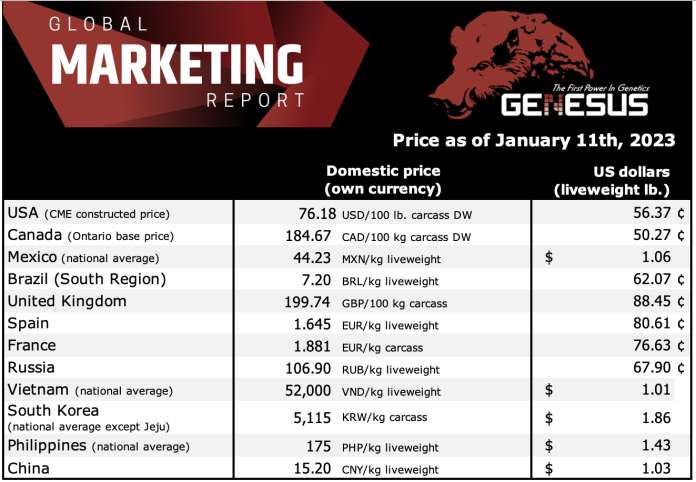 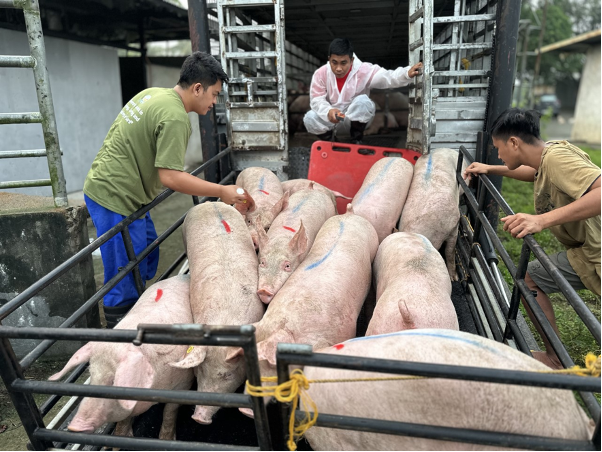 Throughout the Christmas season, as production cost continues to rise, the swine farmers in the Philippines barely felt the increase in live-weight prices of commercial hogs as the market is still flooded by imported frozen meat.

Last December 28, through the Philippine Council of Agriculture and Fisheries (PCAF) staff under Executive Director Nestor Domenden, an international trade committee meeting was held to discuss Executive Order 171, which extends the reduced swine, rice, and corn tariffs until Dec 31, 2023. With a majority vote, the private sector members passed a resolution requesting the Philippine President to withhold the executive dictum’s execution. The stakeholders argue that EO 171 lacks justification, based on facts that cropped up last May when tariffs were lowered to help ease and curb inflation.

During the PCAF’s meeting, the Pork Producers Federation of the Philippines President, Mr. Roland Tambago, cited the official numbers from the Philippine Statistics Authority that the national swine average retail price of PhP. 322 in May had dropped to PhP. 313 in November, a 2.7% decrease. Whereas from the same month, the inflation rose from 5.4% to 7.7% or a 42.6% increase.

Extending the effectivity of reducing tariff rates on swine (fresh, chilled, or frozen), rice, and corn will only push the swine producers, who are just starting to recover from the African Swine Fever, to suffer further.

Based on the latest data from the Philippine Statistics Authority, the country’s inflation rate went up even higher at 8.1% as of December 2022, bringing the full-year average to 5.8%, the highest since December 2008, and was more than twice as high as the 3.1% as recorded in December 2021.

As the swine producers in the country continue to bring back the glory of the Philippine Swine Industry, Genesus Philippines is extensively growing and expanding its market share in the country as more farms see the strength of the Genesus Breeds.

Through the help of the government’s Integrated National Swine Production Initiatives for Recovery and Expansion (INSPIRE), more farms that stopped operations during the peak of ASF in the country are starting to repopulate again, and with Genesus Philippines Breeder Stocks.

With the soaring cost to produce local “Pinoy pork,” Mr. John Edward “J-EM” Angeles Mendoza, Sales and Marketing Manager of Genesus Philippines, conducted several successful on-farm & off-site pieces of training and seminars to highlight the strength and efficiency of the Genesus breeds-to produce a safe, affordable, and world-class pork to the Filipino table.

Less sows and porkers, but price dips in Thailand

Although the number of sows in Thailand remains lower than usual, live pig prices in the country keep falling as markets are being flooded by ASF infected pigs.

ASF-hit farms were attempting to resume their operations throughout last year and many of them were successful.

The smaller commercial pigs, however, were sold at only THB 80-90/kg (USD 2.4-2.7). As this price is lower than the production cost of around THB 100/kg (USD 2.3), large integrators declined to sell the pigs to brokers. They kept the pigs heavier, then slaughtered and kept the carcasses in cold storages.

For non-integrated farms or farms without abattoirs, they had no choice, but selling their pigs below the cost of production.

After tracking the origins of the smaller commercial pigs, it was found that the farms in question were hit by ASF.

When ASF started to spread in Thailand three years ago, ASF-hit farms would be destroyed or sell out all the pigs if signs of the virus were detected. Without experiences in the disease, they always detected the virus late. Once spotted, it would have killed almost all the pigs throughout the farm.

But today, the farms are better equipped with tools and techniques to control ASF. Testing for the virus is conducted on a regular basis. Once detected, only infected pigs and others in the same barn will be removed. Then, the infected barn will be disinfected and left empty, while the pigs in other barns will be raised further until reaching the market weight.

That is why the infected farms can carry on raising the pigs in the middle of sporadic ASF outbreaks.

Not all the farms are lucky, however. Many of them are facing the ASF in the early finishing stage or when the pigs are reaching 80kg or more. When the larger pigs are infected, the farmers would decide to sell them out at the price slightly lower than normal.

This slowly pulls down the weekly commercial pig price announced by the Thai Swine Raisers Association based on demand and supply. Week after week, the actual selling price of live pigs has dipped below the cost as traders and abattoir owners used the smaller pig price as the benchmark.

By law, any truck will be permitted to haul the pigs to the abattoirs only if blood test results of pigs in the farm of origin are negative.

Under this situation, the pig price in Thailand will continue to decline until all the infected pigs are sold out or kept in minimum. Then, the price will be recovered to the level that farmers who successfully control or prevent ASF can make profit.

It is estimated that Thailand has about 750,000 sows or only 75% of the population before ASF. This reflects that the number of commercial pigs is far lower than the demand. Without an effective control of ASF and enforcement of the law, the vicious price cycle will be with the pig industry in Thailand forever.

Grain prices are expected to increase in the first quarter of 2023 due to reduced output (source: https://nhachannuoi.vn/du-kien-gia-ngu-coc-co-the-tang-trong-quy-i-2023-do-san-luong-giam/).

According to analysts at VNDirect Securities Joint Stock Company, the cost of animal feed will gradually decrease by 2023, consumption demand will increase as consumers’ incomes increase and the number of international tourists is expected to recover. gradually recovered in 2023. All these factors are creating positive signs for the livestock industry (source: https://nhachannuoi.vn/nganh-chan-nuoi-hy-vong-vao-nhung-dau-hieu-tich-cuc/).

At the Seminar “Building raw material areas for animal feed, promoting the development of a sustainable and effective livestock industry” organized by Rural Today Newspaper in collaboration with the National Center for Agricultural Extension and the Department of Livestock Production (Ministry of Agriculture and Rural Development). ) held on October 28, Deputy Director of the Department of Livestock Production Tong Xuan Chinh said that animal feed is a big problem, because it accounts for about 65-70% of total production costs (source: http://cucchannuoi.gov.vn/xay-dung-vung-nguyen-lieu-lon-cho-nganh-thuc-an-chan-nuoi/).

– Establishment of a public-private partnership within the framework of the Swine Industry Pilot Program on biosecurity and disease control based on international standards of the World Organization for Animal Health (source: http://cucchannuoi.gov.vn/thanh-lap-doi-tac-cong-tu-trong-khuon-kho-chuong-trinh-thi-diem-nganh-chan-nuoi-lon-ve-an-toan-sinh-hoc-va-kiem-soat-dich-benh-dua-tren-cac-tieu-chuan-quoc-te-cua-to-chuc-thu-y-the-gioi/).

Corporate pig producing companies continue to increase their sow inventory, with a lot of new farms being built.

Locally produced breeding stock is in very short supply, with companies now also looking to import whole herds for their expansion to gain the benefits of the very good health status and high genetic capabilities available from Genesus. Many of the larger pig producers in Vietnam are currently planning to update their genetics and looking for a reliable genetic partners to supply the high health status GGP and GP to produce their F1 and then to market the 3 way cross slaughter pig LYD (Landrace, Yorkshire and Duroc), Genesus will be your perfect choice of supply. The Genesus pigs have a higher appetite producing the fastest growing, best tasting and easy to manage pigs especially suited to the climate of S.E. Asia where the hot humid climate suppresses the pigs appetite, best to start with a high appetite genetic!!