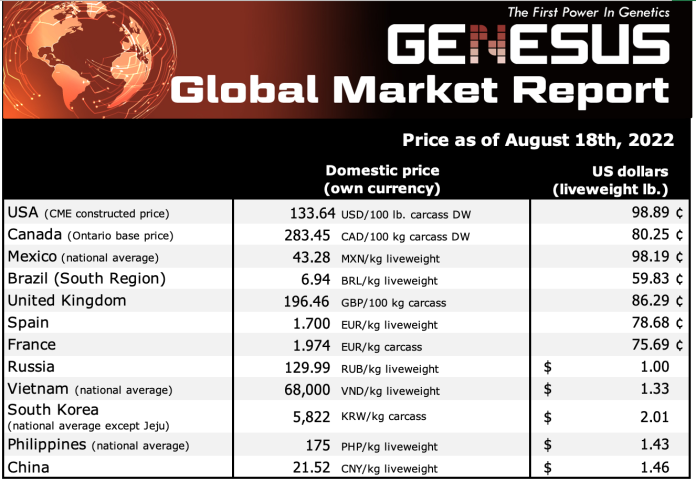 As the rainy season starts, the emergence of farm diseases and viruses also start to spread all-over the country. ASF-like symptoms appear again in different parts of the country.

Rumors have started that some farms in General Santos City and Bukidnon have been infected by African Swine Fever (ASF). As a result, many farms in Visayas and Mindanao are now depopulating, and commercial slaughter pigs are continuously being sent to the mainland Luzon. There are also on-going reports that some of the key-areas of swine production in Luzon are now experiencing ASF-like symptoms on their farms.

Due to these unfortunate events, the live weight price is continuing to fall. 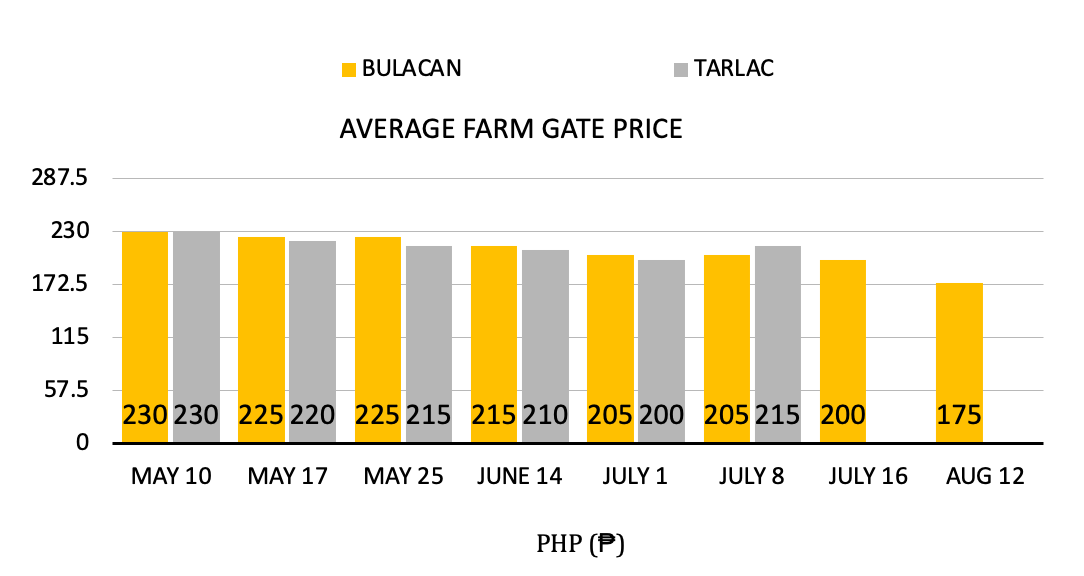 As of August 9, 2022, the Philippine economy grew at a slower pace in the second quarter of the year (Philippine Statistics Authority).

The country’s GDP grew by 7.4% from April to June, slower than the downwardly adjusted 8.2% GDD growth in the first quarter of the year. “The global headwinds, particularly inflation, those coming from fuel and food contributed to that somewhat slowdown,” Socioeconomic Planning Secretary Arsenio Balisacan said at a press conference.

Inflation has been growing faster in April (4.9%), May (5.4%), and June (6.4%) as global oil supply disruptions brought by the Ukraine-Russia war and domestic supply challenges kept fuel and food prices elevated.

The PSA also reported that the country’s underemployment rate – the proportion of those already employed but still wanting more work – went down to 12.6% in June from 14.5% in May. This translates to a decrease of 780,000 people looking for more hours of work from the 6.67 million in May to 5.89 million in June. Full-time employment, or those who worked for more than 40 hours a week, increased by 11% or an additional 3 million individuals, while part-time workers declined by 8% or 1.4 million fewer individuals compared to June 2021. The mean hours of work improved from 39 hours in June 2021 to 40.3 in June 2022.

The visible underemployment rate or the proportion of underemployed people working less than 40 hours in a week went down to 8.5% in June from 9.8% in May.

“The latest data show a significant increase in the number of workers employed on a full-time basis. While this is a good indication of the improving quality of work in our country, the government should incessantly boost its efforts towards providing an environment conducive to the creation of more and better employment opportunities,” said Socioeconomic Planning Secretary Arsenio Balisacan.

Meanwhile, the unemployment rate remained unchanged at 6% in June. This translates to 2.99 million jobless Filipinos. Over 1.5 million more Filipinos joined the labor force in June 2022 compared to the same month in 2021, bringing total employment to 46.6 million.

Genesus Philippines will be exhibiting at Livestock Philippines Booth number F16, between 24-26th August 2022, we look forward to meeting you.

The national board for pig industry development reported that pig production cost in Thailand jumped 30% year-on-year to THB 100/kg (USD 2.7) in August.

Meanwhile, average production loss or mortality of commercial pigs was as high as 20% in the month and is expected to be at this level throughout the year. The heavy loss is due mainly to ASF, which is spreading across the country for more than two years.

It is estimated that over half of Thailand’s one million sows has been culled or killed due to ASF outbreaks.

At the same time, finished feed prices keep increasing following volatility of raw material prices in the world market. It is estimated that the feed cost has increased by 40% year-on-year.

BAF Vietnam Agriculture Joint Stock Company (HoSE: BAF) has just announced the resolution of the Board of Directors approving the plan to receive capital transfer to another unit. Accordingly, BAF is about to receive 99.9% shares of Tan Chau Agricultural Investment Co., Ltd. (source: https://nhachannuoi.vn/baf-mua-lai-cong-ty-chan-nuoi-lon-o-tay-ninh/).

The 3 meat cutting trends manufacturers need to know in 2022:

+ Trend 1: Sliced meat is becoming the preferred choice of consumers.

Animal welfare is one of the important criteria for the development and integration of the livestock industry in Vietnam, thereby enhancing product value in the future (source: http://cucchannuoi.gov.vn/phuc-loi-dong-vat-la-tieu-chi-quan-trong-voi-chan-nuoi-viet-nam/).