There were predictions of over supply this autumn, with very low prices that were expected to be below the cost of production for all but the very best producers. Several outbreaks of African Swine Fever in large farms in the past few weeks has led to over 100,000 pigs being destroyed and burnt. Maybe this has been enough to reduce numbers of pigs going to market. Certainly, the current ‘conspiracy theory’ that are so loved in Russia is that African Swine Fever is being used to control the pig price.

We know historically that the aftermath of any major disease outbreak is higher market prices on the back of lower production. However, failing to contain ASF has potential catastrophic effects on the Russian pig industry, which is looking for further growth and the development of export markets.

With a lot being done to develop pig production in the far east of Russia, primarily to supply China and Asia, it will be interesting to see if the movements of pigs from western to eastern Russia are banned. The Ural Mountains form an excellent physical barrier for any natural movement of the disease. With proper management, there is no reason for the virus to move east.

One interesting figure is the price for cull sows. This is currently 91 Roubles ($1.44) per kg, only 10% less than for a market pig. Russia, like many Eastern European countries, has a great tradition of making all sorts of dried and smoked sausage, for which sow meat can be used.

Russian producers make a profit when they replace a sow with a home-produced gilt! Like producers globally, there is still a net cost of buying an F1.

This is a big bonus for Russian producers. It means there is no reason ever to not have enough gilts. This is important for many reasons.

Maximising output from a farm means having every single sow space full with a productive sow or gilt (except required for emptying and washing farrowing).

Porc-Ex Breeding and Genesus Inc. are pleased to announce that Porc-Ex Breeding will begin marketing Genesus Swine Genetics. Porc-Ex Breeding (based in Denmark) has been the major marketer of DanAvl (Danbred) swine breeding stock in several European and Asian countries. Genesus Inc. of Canada has the world’s largest herd of registered high health prolific Yorkshire, Landrace, and Duroc Breeds.

“In order to continue the good cooperation that we have built up with our customers worldwide over the past 15 years, Porc-Ex Breeding has signed an exclusive distributor agreement with the Canadian breeding company GENESUS, on specific markets,” said Holger B. Sorensen, CEO of Porc-Ex Breeding. “Genesus is the international breeding company which has the most modern and innovative philosophy regarding breeding objectives and sustainability in the pig production. For this reason, this genetic is well qualified to complement those of our DanAvl (Danbred) customers who want, or are forced, to change genetics.”

“As a distributor for Genesus, Porc-Ex Breeding can offer all kinds of genetic products in the form of live animals, semen and embryos. Porc-Ex Breeding has – and will establish close cooperation with leading AI stations, in order to serve our on-farm replacement customers, multiplication- and production herds with the highest quality semen from the GENESUS breeding pyramid.”

“In the nearest future, there will be established breeding and multiplication herds in Europe, so that Porc-Ex Breeding can serve our customers with genetic materials, produced locally in the areas near our business partners. At Porc-Ex Breeding, we look forward to continued productive cooperation with our customers, in order to optimize genetics and production results.”

Jim Long, President-CEO of Genesus Inc., states that “The agreement with Porc-Ex Breeding creates the opportunity for more producers to get the benefit of greater profitability that Genesus Genetics brings to the pork industry. We are very proud that a market powerhouse, Porc-Ex, has chosen Genesus to enhance their customers’ success.” 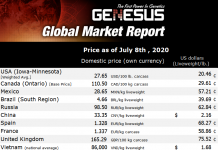 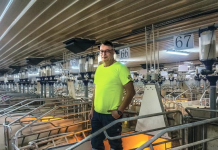 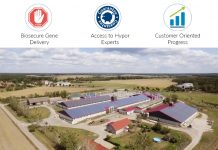