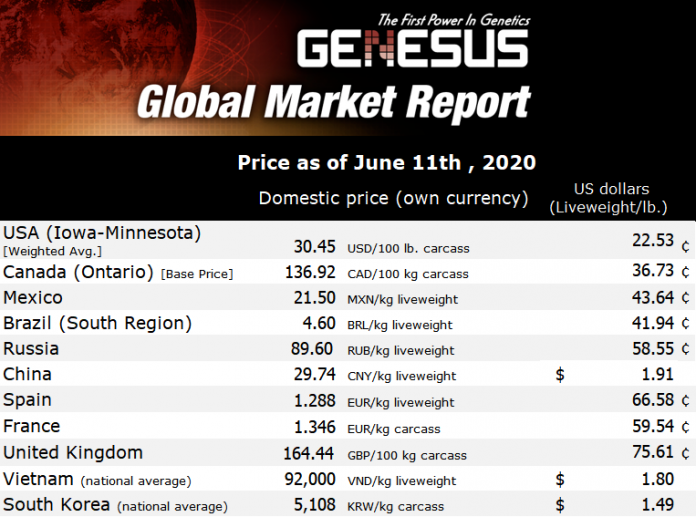 According to information from the National Agricultural Council (CNA), in Mexico the Covid-19 (coronavirus) came to exacerbate the economic recession that Mexico was already going through, however, until the first quarter of the year, the agri-food sector was the only one that showed growth.

In contrast to a total Gross Domestic Product (GDP) that registered a fall of 2.4% compared to last year, that corresponding to agri-food activities experienced a 1.2% rise, largely thanks to a 7.8% growth in exports which carried a surplus balance of $3,293 million dollars.

On the other hand, it was specified that as a consequence of the Covid-19 pandemic contingency, meat consumption has decreased between 10% and 15%, which was mainly caused by the closure in the “HORECA” segment (hotels, Restaurants, and Cafes).

However, the effects have been mitigated by an increase in exports of these goods, where the United States stands out, with an increase of 5% in such purchases during the first three months of the year.

In the case of pork activity, the CNA data reflected a drop in prices of 30 to 40%, both for liveweight pigs and for pig meat, even though the producers have not stopped their work. The price of liveweight pork in Mexico bottomed out a few weeks ago, reaching down MXP 17/kilo live weight ($ 0.33 / lb). Now, recovery has begun, and the production sector feels cautiously optimistic, while prices bordering on the 21 -22 MXP per kilo liveweight ($ 0.44 / lb) at the farm. The industry thinks a full recovery would happen by August this year.

The Mexican Peso is another story – Mexican national currency removed all gains from 2019 after US President Donald Trump threatened to impose tariffs on goods exported from Mexico to the United States. The Mexican Peso lost as much as 3.62% in May 2019, touching its worst level so far of that whole year before erasing some losses. In 2020 has been even worse. Historically, the Mexican Peso reached an all-time high of 25.78 in April of 2020.

In my last report, I mentioned how oil prices collapsing and Covid-19 pandemic were the global forces that dragged the Mexican peso down to historic lows against the US dollar during Covid-19 times. Mexican pig industry, as many as other industries in the country, have been affected by the currency devaluation of approximately 26 to 27% during the last few months. Fortunately, since then the peso has shown a slight recovery, gaining around 4 pesos in front of the US currency to date. And that helps a lot in a country that imports a lot of goods and services.

The graphic below shows historical chart showing the daily U.S. Dollar – Mexican Peso (USDMXN) exchange rate for the last 25 years (back to 1994). 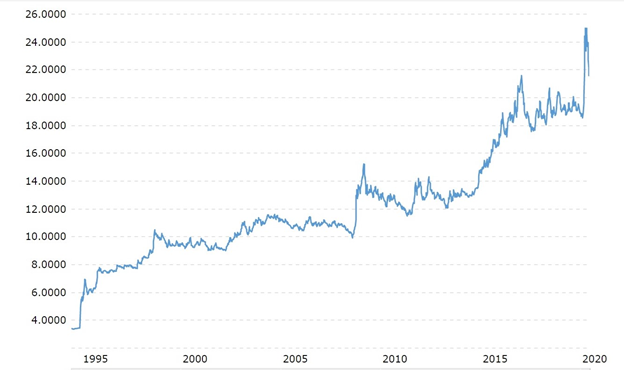 Mexican pork exports to China will double this year from 30,000 to 60,000. Demand is driven by ASF crisis in most Asian countries. “Pork meat exports in 2019 were 30,000 tons, an increase of 1,000%. Previously, we exported a lot to Japan, the United States, Korea, and now the second most important market is China” said Juan Carlos Anaya, general director of the Agricultural Market Consulting Group, after presenting his report on the Agri-Food Outlook 2020. The executive hopes that this increase can occur once the Ministry of Agriculture and Rural Development (Sader) and the National Service of Health, Safety, and Quality (Senasica) authorize the plants to process pork in Mexico.

Mexico’s negotiations are progressing with China to export pork offal. The chief director of Senasica, Francisco Javier Trujillo Arriaga, announced that the negotiation with China for shipping pork offal is progressing and only the health authority of the Asian country is expected to endorse the list of 18 Mexican packing plants.

We have been in touch with some Chinese importers trying to get pork from Mexico. Some plants are enabled, most are not. If any plant meets the conditions to export to China, please contact me by email.

Other proteins’ behavior during a pandemic – The CNA information indicated that eggs and chicken consumption decreased by the order of 25%, mostly due to the closure of the HORECA channel. In the case of the egg product, they noted that during Easter the demand increased to 20%, while the price went up 14%, this increase was merely seasonal, mainly to panic purchases due to the pandemic.

In Mexico, pork producers have been affected by Covid-19 in much the same way as their US and Canadian counterparts. Lots of new measures at farms and packing plants, combined with social distancing and the need to quarantine infected workers has resulted in a dropping of market hogs showing up at packing plants. While the federal government has offered some aid to Canada’s entire agriculture industry, even though pork producers declared it was completely insufficient, same story in the US, in Mexico, most of the financial support that existed to incentivize the swine industry has been removed, leaving the sector short of resources, and facing a crisis, such as the current one.

The best anti-cyclical policy that the Federal Government could implement is a minimum income for vulnerable or unemployed people, with this it would guarantee that the basic basket is affordable for households.

A second policy, which has already been initiated by the banks, is to provide provisions to restructure loans or to defer payments for 3 – 4 months. The second measure will undoubtedly be of great help to suppliers of inputs such as barn renovations, gilts replacement, boars, etc.

A third measure, aimed at maintaining the liquidity of companies, is the return of Income Tax and Value Added Tax. The faster these taxes are returned to them, the better their financial position can be observed and the more resistant they will be to the crisis.

The last measure we would propose would be the strengthening of SENASICA, since it is necessary to have inspectors that guarantee food safety. It is a matter of national security and must not be negotiable. Likewise, by strengthening the capabilities of this agency, health protocols with other countries (such as China) could be accelerated to place some meat surpluses in that country. 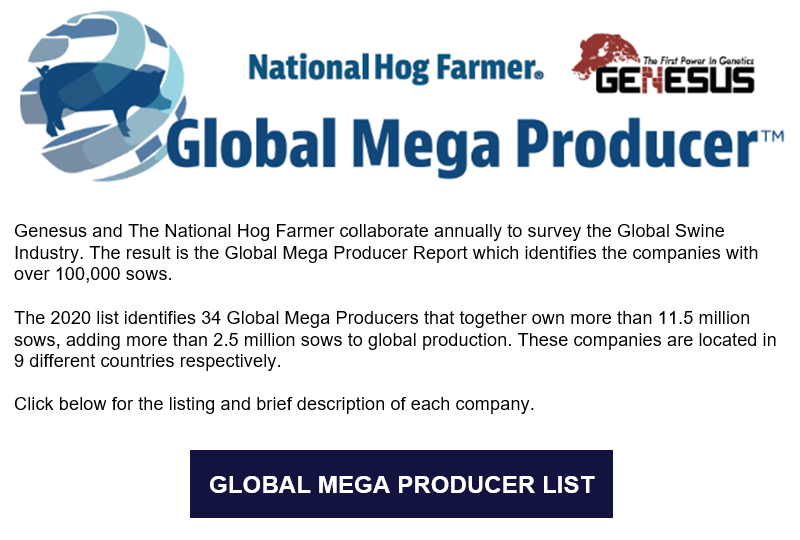 A Technical Perspective on Leveraging Data