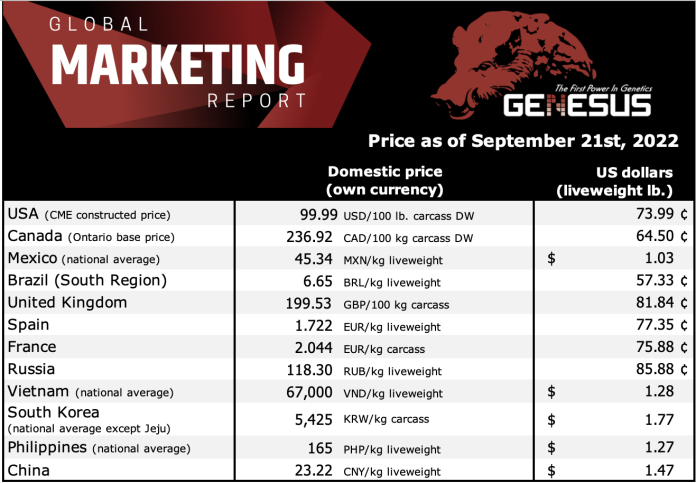 The SPACE show has just ended, after being held from Tuesday 13 to Thursday 15 September in Rennes, France. SPACE took place this year over three days instead of four days in previous years. We think as many others that is better because very often there were fewer visitors on the 4th day.

This year, due to high summer heat and drought, the corn crop has advanced by about 12 days compared to the average of the last 5 years. Many producers told us they will have a lower harvest of 25-30 % compared to last year

Through our various discussions with pig producers, two things stand out: market uncertainty and the big problem of labor shortage.

In terms of the market, and because of events in recent months such as the war in Ukraine and the COVID pandemic around the world, energy, and commodity price increases have been accelerating, with a negative effect on breakeven and leading to significant losses for the producers. Today, despite a historically high market price (2.044 € per carcass weight), the situation remains fragile for some producers, especially for those who don’t produce their own feed and who have to buy 100 % of their needs from the feed mills. Producers who own lands and who make their own feed will have a better chance of being there tomorrow.

Moreover, almost all of the producers we met with told us about the enormous difficulty in recruiting labor. There are fewer and fewer candidates who want to work in pig farms. It is why producers have to keep their employees as long as they can, especially when they have the right people. Several producers told us that because of the hyper-prolific genetics they used and which require a very high level of management (giving colostrum to small piglets, using fosters sows, early weanings…) they are scared to lose their employees. In addition, today with all new and future welfare rules (free housing sows, free farrowing pens, end of tail docking…) many genetics are less and less adapted (high sow mortality rate, caudophagy, and cannibalism…). The Genesus sow who is prolific and not hyper-prolific, who is easy to manage and robust, meets perfectly these new expectations.

Meat quality and the French market

Some European countries, such as France, are called the “ultra-lean” market, that is, the leaner the pork meat the more they are paid. We hear everywhere in France there is not a market for pork with high marbling (=taste), because these pigs are too fat and do not fit the French carcass grading system.

This is really funny because, in recent years, the number of Spanish pork (especially cured ham) of Iberian or Duroc breeds has risen sharply in many supermarkets (10 years ago, these meats were difficult to find). For example, Iberian pigs, who are most of the time crossed with a Duroc, have a high level of marbling, but they are very very fat pigs. So that seems to indicate that there is a market for these meats in France, but not with our current carcass grading system.

At Genesus, we sell a lot of Jersey Red Duroc boars, who have been selected for a high level of marbling (and not for high lean meat %), to some big Spanish producers. Most of the time, these producers export their Genesus Duroc pork to…France. So, could we not do the same thing in France and produce these animals with a real difference in marbling and taste for our French supermarkets?

Picture of the left (from left to right): Simon Grey, General Manager Europe, Genesus Inc., Philippe Mallétroit as Genesus Manager, and Philippe Eonnet as Technical Sales of Genesus France at SPACE 2022. Genesus booth to the right at SPACE 2022. 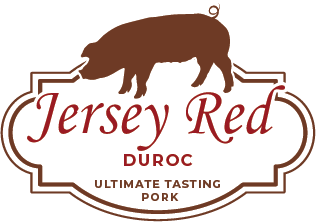