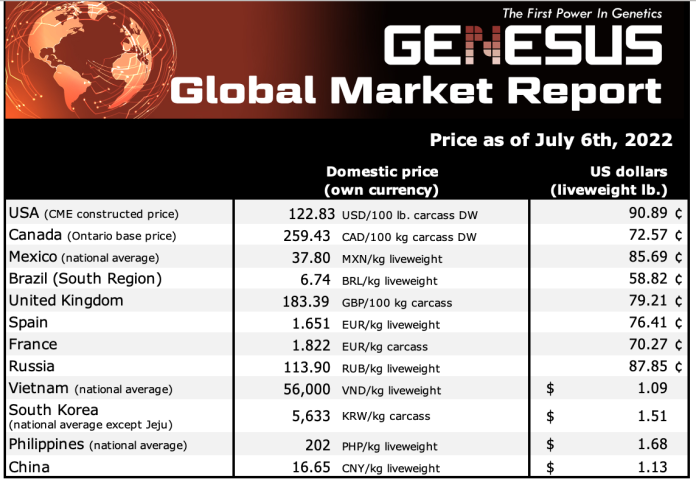 Time goes by and the market continues with an uncertainty that is difficult to foresee what will happen in the short term. We continue with very high selling prices. This week Spain has reached the highest selling price in its history, it has closed at 1.651 €/kg live. 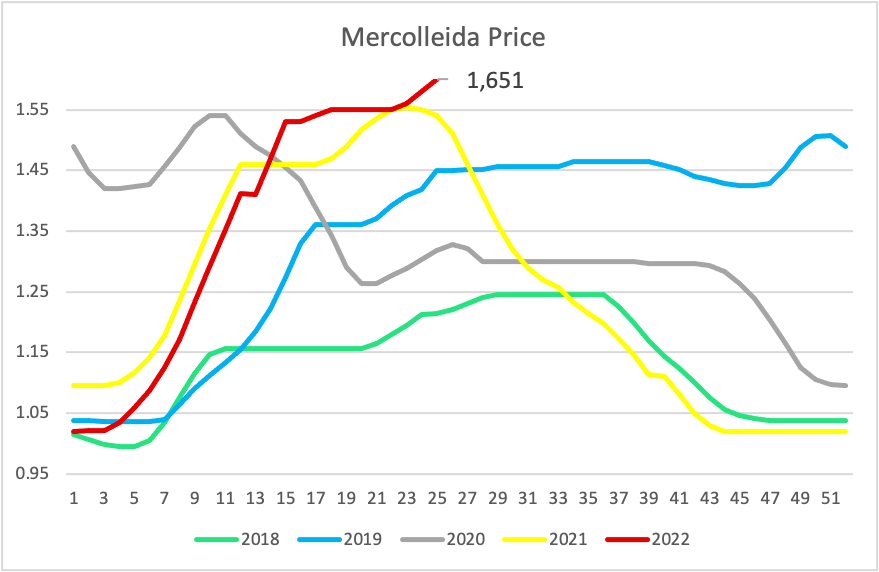 But the rest of the EU, although lower, is also high, how we can see in the following table 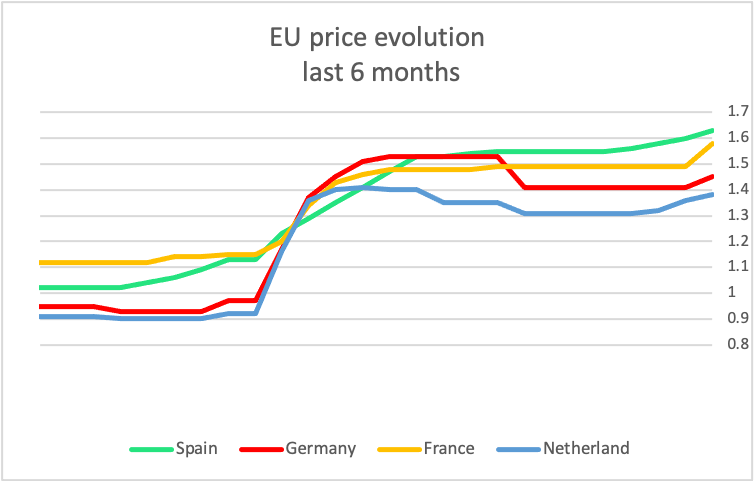 In the last few years we saw that weights were increasing, but this year due to the time of year and the cost of raw materials, weights have dropped 110.11kg compared to 112.94kg a year ago, despite the fact that there is much less supply of pigs on the market.

However, although raw materials have fallen somewhat, they are 40% more expensive compared to September 2021. 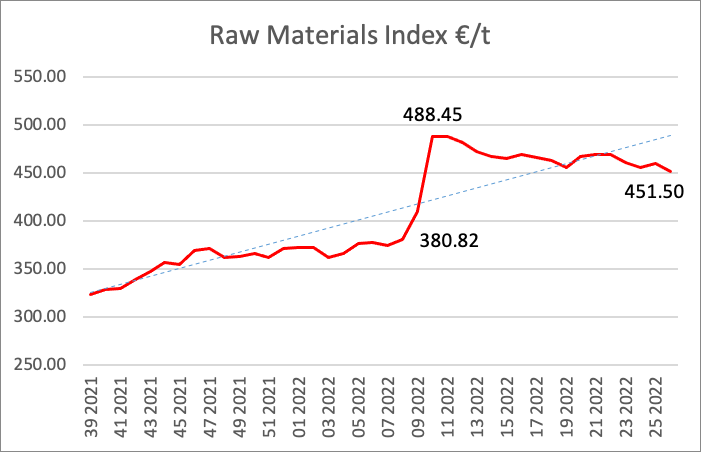 What this is causing is that, although the margin has recovered somewhat and according to SIP Consultor we have been above cost price for the last four weeks, the cash flow that the companies need to continue is much higher. This is a parameter that will be very important in the coming months. There will be producers who will not be able to get the resources to continue. 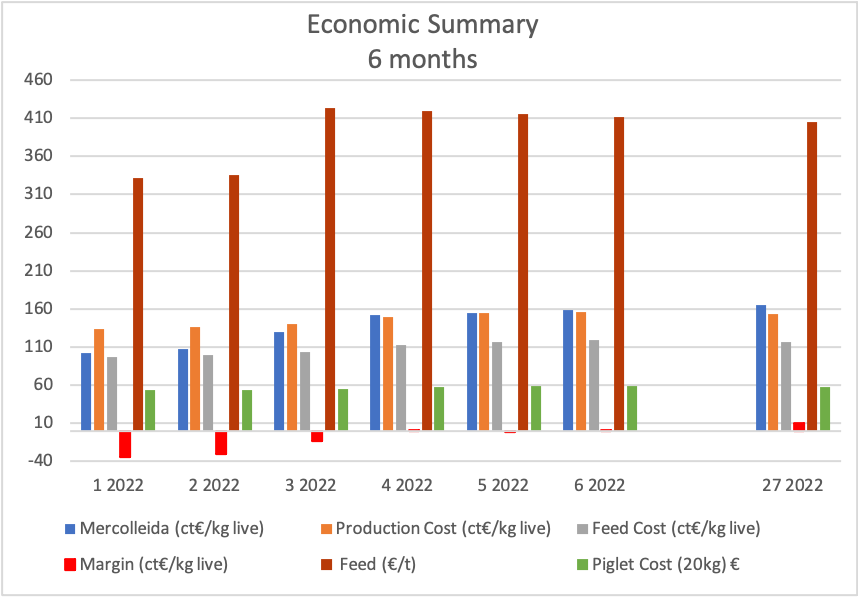 As for the census in Spain, it may be lower, but the variation compared to the northern countries of the EU is not remarkable. It is not only the decline that we already know that there has been but there are governments like the Dutch government that are encouraging (as it did in the late 90s) the closure of farms, both cattle, and pigs, following its objectives with the Europe 2030 Project.

To all this, we have to add the ASF in the EU, which Germany has been dealing with for almost two years and it seems that it is still not under control.

In addition, we have to add the decrease in exports. The EU exported 475,000 tons less pork between January and April (Spain, about 150,000 tons less). And China no longer represents such a high percentage, a year ago Spain exported 79%, while now it is at 29%.

In conclusion of the photograph of the market situation is:

Recently Jordan Craig Service and Sales Representative for Genesus in Manitoba did a walk-through Woodlands video farm tour. Woodlands has been a Genesus commercial customer for 20+ years and uses Genesus Jersey Red Duroc sire bred to Genesus F1 dam. Woodlands was the first herd in North America to get 30+ PMSY. The video takes you through all of the Woodlands unit and shows pigs from start to finish. The presentation also highlights the data and results in Woodlands has as a Genesus customer.