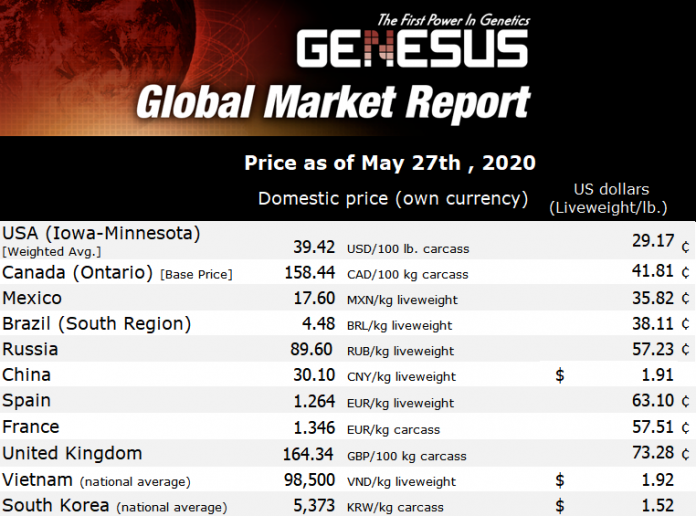 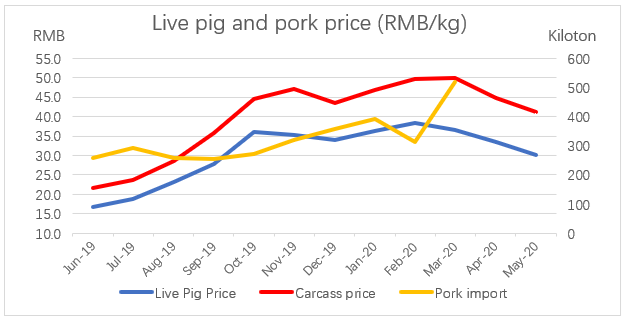 According to our observations, there are a few factors driving down the pig price.

Firstly, the government set up a series of new policies and measures to support the industry and help the recovery after ASF. In particular, integrators have aggressive expansion plans and to quickly expand their production capacity. The sow’s inventory has been on the rise for seven consecutive months since October and is now 33.81 million according to the official website of the Ministry of Agriculture and Rural Affairs. The commercial live pig’s inventory has risen for the last three consecutive months and reported to be 321.2 million at the end of the first quarter of 2020.

Secondly, due to the impact of COVID-19, the recovery of the catering industry is much slower when compared with other industries. Large catering enterprises have not fully resumed normal business, affecting consumption.

The third reason is the record increase of pork importations and the continued release of frozen meat from the reserve by the Central Government.

With its continued support of pig production and record imports, we believe the supply and demand relationship will gradually improve and the pork price will not see such a sharp rise again in the future.

MARA recently issued “guidelines on strengthening measures to prevent and control ASF”. The key measures include:

The virus has colonized and formed a large contamination area in China. The risk of the epidemic is still high. The industry believes that it has to learn to coexist with African swine fever in production. Thus, ASF had played an important role in the consolidation of the industry and the adoption of more advanced biosecurity design systems in new construction.

Seven agricultural and animal husbandry companies were listed on the list of China’s top 500 companies, with New Hope, Wens and Haida ranking 131, 144 and 231 respectively.

The pig industry giants are racing to speed up its growth in 2020. Muyuan plans to produce 20 million slaughter pigs while New hope strives to increase the slaughter pig output 125% to become a top-three producer.

The average profit per slaughter pig is RMB 1,676 ($236), with the net profit up to 38 times compared to pre-ASF. Raising pigs has become the “most profitable” industry in China in the first quarter in China.

According to the announcement of Shuanghui (Shineway), the company will invest 1.257 billion yuan ($176 million) in a new pig farming project in Northeast China.

China’s Real Estate giant Vanke Group established a food business division in March with stated mission to make pork more readily available to its tenants. They then publicized an advertisement in May to recruit 5 key pig production management talents. This is a sign of real investment in pig production and full commitment towards raising pork to help meet the needs of the people. 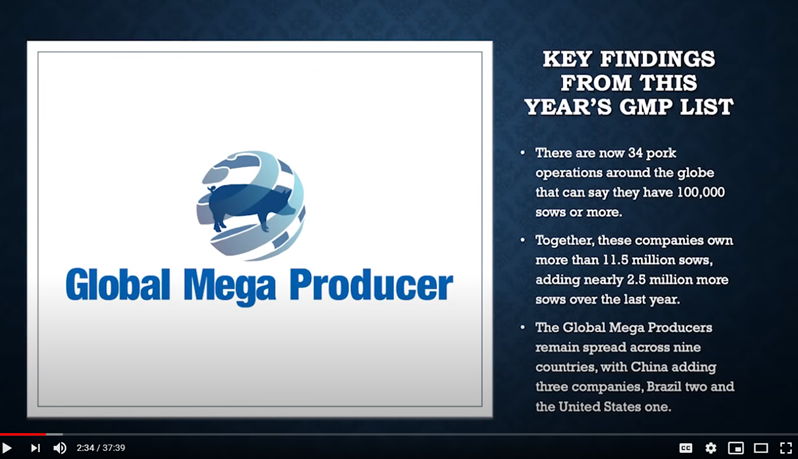