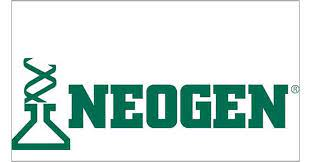 The fourth quarter marked the 120th of the past 126 quarters that Neogen has reported revenue increases compared to the same quarter in the prior year.

“Neogen’s fourth quarter was a strong conclusion to our fiscal year,” said John Adent, Neogen’s President and Chief Executive Officer. “Our team has done an outstanding job in remaining flexible when faced with hurdles, while consistently looking for new ways to reach our customers in markets around the world.

“The outstanding results for this quarter and fiscal year give us momentum as we move into our 2023 fiscal year, with the close of the 3M transaction on the horizon. Our integration efforts have us well prepared, and we look forward to welcoming the 3M Food Safety team members to the Neogen family. Our future is bright as we begin to build the next chapter of Neogen together post-close. We have a lot to look forward to as we celebrate our 40th year of operations.”

For each comparative period, earnings per share amounts have been adjusted to reflect the company’s 2-for-1 stock split on June 4, 2021.

“I am very pleased with our strong results for the quarter and fiscal year. We showed improvement in gross margin and operating income, after excluding deal costs, in the fourth quarter compared to the prior year. This was despite ongoing supply chain issues and the current inflationary environment,” said Steve Quinlan, Neogen’s Vice President and Chief Financial Officer. “While delivering these results, we are also pleased that we were able to put our $1 billion financing plan in place for the 3M Food Safety transaction, which is expected to close in the third quarter of the 2022 calendar year.”