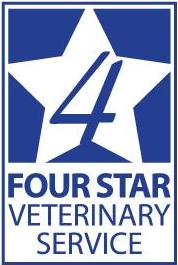 In fall 2019, a client called into Four Star Veterinary Service clinic in Mexico, Indiana, and reported the loss of a lot of sows. Daniel Gascho, DVM, knew the client and headed out to the business site, which was a buying station.

On the way there, Gascho said he had several ideas of what could cause the sow mortalities before arriving. But once he was on site, he knew he was wrong.

“It’s really a good reminder that no matter how many times you think you know all the diseases…Then you get there and it wakes you up and reminds you, ‘Oh, there’s stuff out there you’ve never seen before,’” Gascho said.

The first clue of an unusual situation was the high number of mortalities. Gascho estimated a capacity of about 1,000 hogs at the site. About 500 head died in a week.

“If that many pigs are dying that fast, I initially wasn’t thinking a pathogen…because in this country we don’t have many diseases that kill pigs that fast, that many,” Gascho explained.

Then he explored the possibility of other “one-off stuff that they mention in vet school that you almost never actually see.” One was a lightning strike but that didn’t make sense. The other was a toxin in the water or feed.

“But the odd thing was, at the same buying station were multiple species. They were not affected. If it was something in the water, it’s pig specific.”

Next, he checked out the feed for the possibility of botulism, excess ionophores or anything else. But he learned the company bringing in the feed takes the exact same diet to other finishers in the area, and no other site was affected. He also looked at other environmental issues like stray voltage, ventilation failure or pit gases. These were dead ends too.

During the first visit to the site, Gascho did report the situation to the authorities in case it turned out to be a foreign animal disease. He also took a full set of samples for testing at Iowa State University’s (ISU) diagnostic lab.

Gascho was called out to the buying station again. This time, the client had brought in 500 to 600 feeder pigs for a roaster market. The pigs were in perfect health, but half of the pigs died within 48 hours of arrival.

“It was still a disaster at this point,” he said. “I’m standing in a pen…and pigs were literally dying in front of me.”

Gascho again collected sets of tissues from multiple pigs as well as samples of feed, water, etc. He sent everything off to the ISU lab for more testing.

Eventually, the lab noticed an unusual pattern with a pathogen that normally causes disease in horses and not swine. But in every sample cultured from the sick pigs, the same pathogen showed up.

The mystery was soon solved. Repeated lab tests showed the pigs were dying from Streptococcus equi ssp. zooepidemicus. It was the first diagnosis of the disease in swine in the US.

There was a silver lining to the diagnosis. “It was susceptible to about every readily available product we have,” he added. And the pathogen also did not appear to aerosolize.

Gascho and the client were able to depopulate pens, clean and disinfect them, and successfully move new pigs in without any further problems.