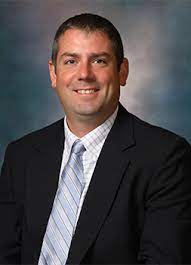 Evolving strains of porcine circovirus (PCV) mean careful monitoring and updating management strategies are key to controlling disease associated with the virus, according to a leading pig health expert.

Clayton Johnson, DVM, a partner at Carthage Veterinary Services in Carthage, Illinois, said producers suffered considerable pain with PCV prior to vaccines being developed, but the US industry had been able to gain “excellent control” against PCV thanks to widespread vaccination use.

However, as viruses evolve over time, pork producers may need to update their management plans as viruses seek to evade them, Johnson said. That appears to be the case with PCV, based on what he said he has seen in some multiplier herds.

“Individual populations that we thought were well-vaccinated have had breakdowns in their control,” he told Pig Health Today. “[We have seen] disease consequences we didn’t expect in well-managed populations.”

Be careful with interpretation

While routine disease sampling and surveillance is always useful, Johnson said it is important to analyze results carefully, particularly as the diagnostic interpretation for PCV2 can be tricky.

“With porcine reproductive and respiratory syndrome (PRRS) I’m just looking for any positive result as bad news, because it’s not an endemic disease within that population,” he said. “The interpretation for PCV is much more nuanced, because I don’t expect to completely block transmission. My goal is not PCV elimination, because with available technology and management strategies that’s not a reasonable goal.”

If surveillance and testing do come back back positive for PCV, Johnson recommends five steps to try to get it under control:

“I notify everybody involved of the diagnostic results,” he said. “Let’s say that I’m not getting feedback from post-weaning that the pigs have a circovirus problem, but on my diagnostics [from] the sow farm, I’m picking up a trend that I don’t like. I’ll communicate that to the veterinarians responsible for those pigs post-weaning, and I’ll make sure they’re in the loop so they can do diagnostics on their end…”

2. Work with the sow farm

Working with the sow farm is key to decrease the level of vertical transmission, specifically through whole-herd mass vaccination within a short period of time, Johnson said. That includes the gestating and farrowing sow inventories and any gilts in the pipeline at the gilt-developer level. “We try to build the immunity of the herd collectively to decrease the amount of shedding and transmission in our piglet population,” he explained.

Johnson typically considers booster shots in the farrowing house after sows have farrowed but before pigs are weaned. If there is a level of porcine circovirus-associated disease (PCVAD) in the piglet population, he takes the same steps as with the sow farm and will booster the pigs for PCV2 post-weaning. “We typically assume infected pigs that show clinical signs can’t be turned around, but I have seen a vaccine booster be therapeutic in many situations,” he said.

Johnson said he is concerned that material immunity may block PCV vaccination. Having pigs that are consistently higher than 640 on an immunofluorescent antibody test at weaning may suggest the vaccination program is not fully optimized.

“There are ways to get around that, though,” he explained. “You can adjust the timing of your vaccination program out later in the pig’s life, because maternal antibodies are not active immunity. They will do nothing but go down. The challenge with populations of pigs is that they don’t all have one titer level, so making that vaccine-timing decision can be a little tricky when you’re dealing with populations of pigs,” he added. “The one time you’ll see a homogenous antibody status in your piglet population is after mass vaccination.”

After mass vaccination of the entire sow farm, titers will be high for several months; that’s when producers should think about the timing of PCV vaccination, Johnson said.

Often, problems start with vertical transmission of virus that gets passed from the sow to the pig before the pig is able to get vaccinated and build a good immune response.

It’s a case of monitoring as carefully as possible and then tailoring that management process to each farm, Johnson said.

“We’re really talking about classifying PCV2 health status at a sow farm. We have a stage classification system for PRRS, and we’re doing the same thing with PCV2. It’s trickier because it’s an endemic disease, and it takes a more nuanced approach.”

Johnson vaccinates gilts as they come into the breed-to-wean farms. He may booster the sows from time to time for PCV2, but generally he doesn’t see a lot of disruption. However, “sometimes that can lull you into a false sense of confidence,” he said.

“We’ve had situations where groups of growing pigs, in particular, have been challenged with PCVAD,” he continued. “We’ve had mortality, poor daily gain and other performance consequences. We thought the pigs were well-vaccinated and the sows were well-protected, only to find out we hadn’t had an optimized management strategy. We had to intervene with an updated vaccine program.”

The virus might not be evident at the sow farm, but growing pigs produced from the sow farm have disease activity. Johnson is then led to believe the sow farm is the origin of the disease challenge, which is vertically transmitting disease from the sow to the piglet. He partners with the farm’s veterinarian to update growing-pig vaccines and the sow farm’s control program to get the disease back in line.

“Veterinarians need to divert from the path of perfectly defined science and look for trends by testing and understanding the population,” Johnson added. “If you’re willing to do it, I think there’s tremendous value for you in preventing disease impacts before you clinically see them.”