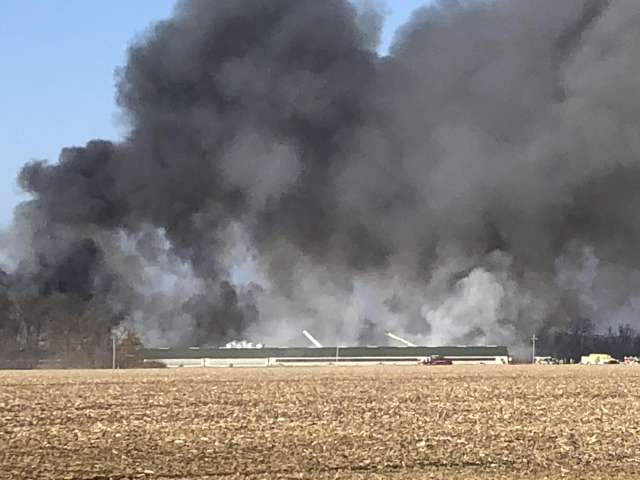 As many as 10,000 hogs and pigs were killed by a fire at the hog operation of Wes and Wanda Pitcher near Gila Tuesday morning.

The cause of the fire is still being determined. Wes Pitcher said the fire broke out about 8:30am and was finally being brought under control by noon. The remote location of the operation and a breeze hampered firefighting operations. No people were injured.

The gestation building was saved, but a farrowing building and the office were destroyed and another building was damaged. Pitcher estimated there were 6,000 weaning pigs and more than 3,500 breeding stock lost in the fire.

The Pitchers were stunned and saddened by the fire. Wes Pitcher has been raising hogs for 41 years, Wanda just five years less than that.