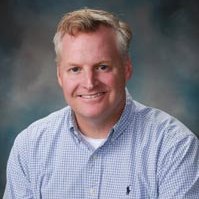 In a report last week, “The Ukraine Conflict and Other Factors Contributing to High Commodity Prices and Food Insecurity,” the USDA’s Foreign Agricultural Service (FAS) indicated that, “A number of factors have converged over the last 18 months to send global agricultural commodity prices to near-record levels.”  Today’s update includes a few highlights from the report.

The FAS update stated that, “Russia’s invasion of Ukraine comes at a time when global food and energy prices are already elevated.  Over the last 18 months, wheat prices have risen nearly 110 percent, corn and vegetable oil prices are up 140 percent, and soybean prices are up 90 percent.  Overall, agricultural commodity prices have been trending up since the second half of 2020, fueled by strong global import demand (especially from China), smaller world supplies due to Northern Hemisphere droughts in the summer of 2021, and tightening stocks in major exporting countries. These developments occurred as world economic growth rebounded from pandemic-curbing measures. Crude oil and natural gas prices began to surge, reflecting the economic recovery. High energy prices increased the costs of fertilizers, other inputs, and transportation. Russia’s attack on Ukraine has disrupted Black Sea agricultural exports, pushing prices higher, and exacerbating high energy and fertilizer costs. Trade policies in response to the market volatilities caused by the war, especially export restrictions, are further boosting food prices.”

With respect to fertilizer prices, FAS explained that, “Russia, China, and Canada rank first, second, and fourth among the word’s fertilizer exporters. (The United States ranks third.) In addition to rising energy costs, several other developments in these countries caused fertilizer prices to skyrocket. In November 2021, Russia introduced a six-month quota on exports of nitrogen fertilizers and complex nitrogen-containing fertilizers. Around the same time, China banned exports of phosphate, a major component of commercial fertilizers, until at least June 2022. Furthermore, a spike in ammonia prices and some potash supply disruptions in Canada also contributed to the rise in fertilizer costs.”

More narrowly on agricultural commodities, FAS pointed out that, “On an aggregate level, global wheat production has been adequate in 2020/21 and only one percent below consumption requirements in 2021/22. However, wheat stocks among major global exporters have tightened in recent years as international trade has grown. Major exporters’ stocks in 2021/22 are forecast to be at their lowest levels in 10 years, putting upward pressure on global prices. China is one of the leading countries ramping up imports, with import volume doubling in 2020/21 as State Trading Enterprises helped replace and rebuild aging government reserves and demand for feed-quality wheat also surged.”

FAS added that, “For corn, strong demand, especially from China, has helped keep prices elevated. Robust feed demand propelled China to become the world’s largest corn importer in 2020/21, accounting for 16 percent of global trade that year, up from an average of three percent in the preceding decade. China’s import demand in 2021/22 remains well above historic norms. Stocks in major corn exporting countries (the United States, Brazil, Argentina, and Ukraine) are expected to be the lowest since 2012/13.”

Turning to soybeans, the report indicated that, “Soybean prices have been rising since late 2020, driven by aggressive purchases from China. Stocks in Argentina, Brazil, and the United States have tightened since then, rallying prices. For the current marketing year (2021/22), the worst drought in decades has affected parts of the soybean-producing regions of South America during a critical crop development stage, reducing crop prospects and raising prices for beans, meal, and oil.”

“For agricultural producers around the world, high fertilizer and fuel prices are a major concern. Some producers will also face higher interest rates, further increasing production costs and potentially affecting planted acreage. Brazil’s most pressing concern for 2022/23 is fertilizer availability and price, as the country relies on imports for more than 80 percent of its fertilizer requirements. Reduced fertilizer use threatens to lower future crop yields.”

The FAS report stated that, “The prospects for spring planting and winter crop harvesting in Ukraine remain uncertain. In addition to disruptions directly related to the war, producers may have to contend with limited available supplies of fuel and inputs, which could reduce potential plantings and yields.

“The U.S. Department of Agriculture will release its official forecast for 2022/23 crop year production, supply, and demand on May 12.”