The Coordinator of the Bruce D. Campbell Farm and Food Discovery Centre says Canada’s agri-food sector started to recognize the need to share the story of food production with consumers. The top sources Canadian consumers are going to for information on food are word of mouth, web sites, on line search engines and both traditional media and social media. Kristen Matwychuk, the Discovery Centre Coordinator with the Bruce D. Campbell Farm and Food Discovery Center, says food affects us all and consumers are increasingly interested in learning the basics of food production.

Clip-Kristen Matwychuk-University of Manitoba:
We’ve seen the importance of public outreach and agriculture education increase significantly over the past few years. Although one in eight jobs in Canada is in agriculture, only two percent of our population farm and the majority f people are now two or more generations removed from agriculture. We’ve been noticing at Farm and Food a lot more misinformation being spread and people have a lot of questions and concerns about where their food comes from and how it’s produced. If we don’t see that connection build stronger we risk the growth, success and reputation of the agricultural industry and we open the doors to more misinformation about food production. The Canadian Centre for Food Integrity conducts surveys on what Canadian consumers think about our food system and their 2018 results showed that Canadians are more concerned than the past few years about how our food is produced and the overall impression consumers have about Canadian agriculture is less positive. This is a big concern because most of the agriculture industry right now is trying to share the story of where our food comes from and raise that trust in the public food system but it shows that we have a lot more work to do and a lot more things we can improve to get that message out.

Matwychuk says people have lot of concerns about where their food comes from and how it’s produced and the Farm and Food Discovery Centre gets its fair share of tough questions but most people just want to know the basics. She says people are interested in learning more about their and they’re challenging some of the things they’re hearing. 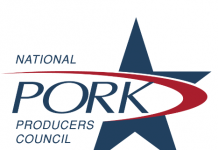 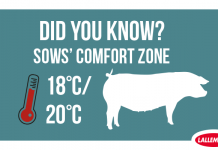